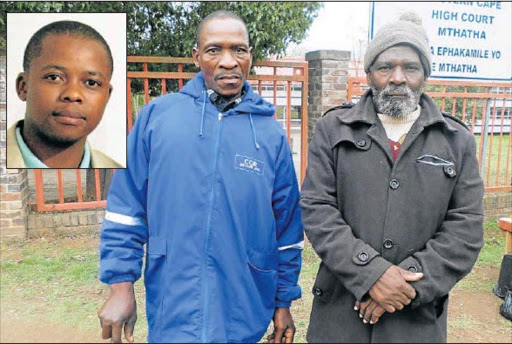 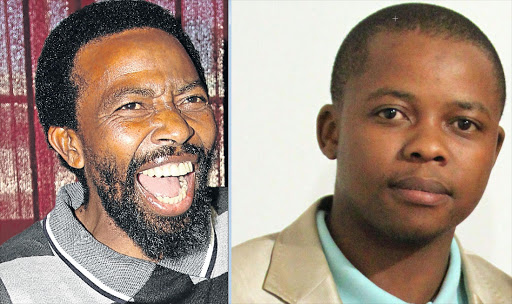 Avenathi Zanelizwe Dalindyebo could head the AbaThembu as his father King Buyelekhaya Dalindyebo has been ordered to spend the next decade in jail.

Avenathi, 23, is next in line for the AbaThembu throne.

This follows a strongly worded judgment handed down yesterday by the Supreme Court of Appeals (SCA), accusing Dalindyebo of abusing his position as king. Justice spokesman Mthunzi Mhaga said Dalindyebo had 48 hours to report to the Wellington Correctional Centre in Mthatha.

The monarch had been appealing a 2009 decision where Judge Sytze Alkema found him guilty of a string of violent crimes including culpable homicide, arson, grievous assault and kidnapping. The crimes were committed between June 1995 and January 1996 at Tyhalarha near his Bumbane home in Mthatha.

On June 20 1995, Dalindyebo kidnapped Stokwana Sonteya’s wife Nocingile and their six children and burned down their four rondavels. Sonteya’s wife and children were released at noon that day and told to leave Tyalarha.

This was done in an attempt to force Sonteya to pay “fines” owed to the king.

Then, in January 1996, Malandela Sontonase, Lunga Pama and Welile Dumo were assaulted by the king.

The following day, Saziso Wofa was taken into the king’s custody. He was assaulted and later died as a result.

Dalindyebo, who was convicted and sentenced for the crimes, took the matter on appeal, a process that dragged on for years. His fate was sealed yesterday when he heard his appeal had failed.

The DA was quick to cancel his party membership following the SCA ruling.

“This is in accordance with the DA’s constitution, which expressly stipulates that membership to the party will be revoked if someone is ‘found guilty of any offence listed in Schedule 1, 2, 5, 6 or 7 of the Criminal Procedure Act’,” said spokesman Refiloe Ntsekhe.

Dalindyebo’s spokesman, Mfundo Mtirara, said he had not spoken to the king or his legal team yet, but he was disappointed with the outcome.

“We respect the rule of law but we are a little disappointed. I do not know if he has prospects of succeeding if he appeals to a higher court.

“If not, I personally will support his son Avenathi to take the position of king. He is next in line,” Mtirara said.

In the scathing judgment, Dalindyebo was described as a “tyrannical and despotic king”.

“From his interaction with the court when he elected to represent himself and from his testimony it is clear that is no shrinking violet.

“Our constitutional order will not countenance the kind of conduct is guilty of,” the appeal judges said.

“The lesson that cannot be emphasised enough is that persons in position of authority such as are obliged to act within the limits imposed by the law and that no one is above the law.

“The Constitution guarantees equal treatment under the law. behaved shamefully and abused his position as king,” the judges added.

He was sentenced to an effective 12 years in jail. after he was acquitted .

The SCA set aside the conviction of culpable homicide in connection with the death of Saziso Wofa, saying only one person had testified that the assault on the deceased was a result of instructions from Dalindyebo. —