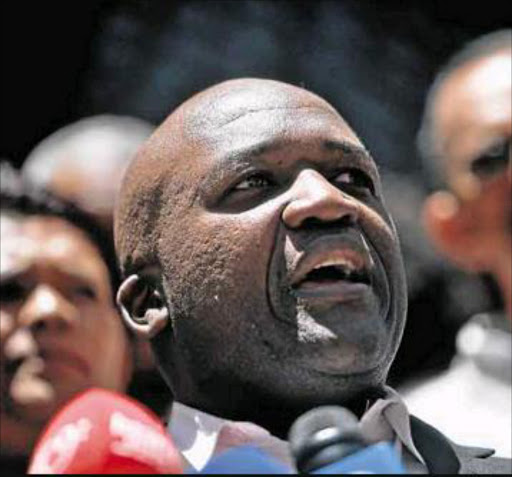 NKOSIKHULULE NYEMBEZI
The events that led to the trial and conviction of AbaThembu king Buyelekhaya Dalindyebo (Ah! Zwelibanzi) underscore the reality that, even after two decades of democracy, the constitutional dispensation is not free of scepticism. Nor is the idea of freedom in South Africa.

When a sitting king, a judicial officer in customary law, is sent to prison by the courts of law after exercising judicial authority in an area under his jurisdiction, those of us whose daily living is regulated by customary law within a constitutional democracy are challenged once more by what it means to be a South African.

As investigators, prosecutors, adjudicators and enforcers of customary law many of us remain mindful of the plight of the individuals and families whose lives were directly or indirectly affected by the events that culminated in the indictment, trial and conviction of the king (whom we continue to respect as a leader, notwithstanding his shortcomings as a judicial officer).

But as we introspect, we are haunted by the idea that technically we could or should be in prison with the king for having exercised judicial authority that delivered a blend of wrath and compassion. This is despite us having due regard for our obligation to respect human dignity and the other human rights entrenched in the Bill of Rights that underpins our constitution.

We are also puzzled. It is a case that has raised many questions, not all of which were dealt with or answered in the proceedings. What lessons are we meant to draw from it?

For instance, how do we reconcile the constitution and its idea of equal rights with the fact that the king’s lawyers did not present the evidence of a single community member to substantiate the king’s version of events?

In the face of overwhelming evidence on behalf of the state, one would have expected them to do so in support of the assertion that the king acted in his capacity as a judicial officer.

There appear to be gaps, and for us it would seem that it has not fully restored the dignity of our legal system in a manner that commands the full confidence of all citizens.

Our dilemma is made more acute by the fact that our rural communities are terrorised by criminals. This crime spree is not isolated to Tyalara. But the criminal justice system has shown itself to be wholly deficient when it comes to safeguarding our communities.

In my own community the past four years has been marked by an alarming increase in housebreaking and rape.

On Christmas Eve a woman was raped and stabbed by a neighbour who was recently released from prison for sexual assault crimes. Our neighbouring village of Tholeni is infamous for the serial rapist who violently raped and killed seven elderly women.

These incidents of violent crime are made worse by a dramatic increase in substance abuse and drug trafficking in rural communities.

There is no doubt that traditional courts have a crucial role to play in combating crime. That, however, is the headline. The subtext is complicated.

For example, some of the orders given by traditional courts are enforced by community members.

For instance, our traditional court in Ndabakazi ordered the evictions of over nine families after considering circumstances related to criminal activity.

These orders can be enforced by community members with varying degrees of wrath or compassion – which I do not want to directly compare with the events that took place in Tyalara.

But it seems to me that in reaction to out-of-control crime some of the decisions, or outcomes of decisions made at tribal courts, are getting harsher.

This leaves those of us who have for years been judicial officers in traditional courts precariously situated.

At the same time that there is spiraling crime and a deficient criminal justice system, there is a lack of recognition of indigenous law under the democratic government. And because customary law principles have been marginalised, some of the practices have become outdated and/or distorted.

Ironically when criminal activity is rife in our communities, sceptics even attribute this to what they view as permissiveness brought about by the constitution with its entrenched Bill of Rights.

But the reality is that the values embodied under indigenous law and the traditional courts system are the very same values found in the constitution in general and the Bill of Rights in particular.

What needs to happen is that customary law needs to be given proper recognition so that its practices can be brought into line with the values of the constitution.

To this end we must apply our collective wisdom to the challenge of restoring law and order by strengthening customary law principles and applying them.

In doing so we must build on the original conception of law, not as a tool for personal defence, but as an opportunity for all to survive within the protection of the order of the communal entity.

We must affirm communalism, which emphasises group solidarity and interests generally, and all the rules that sustain it, as opposed to individual interests that may have the tendency to undermine a chosen social order.

The objective should be to build a sense of national unity among South Africans by emphasising a conciliatory adjudication process that aims to restore peace and harmony between members of society rather than by taking an adversarial approach that emphasises retribution and seems repressive.

The timeless practices followed in traditional courts should serve as examples where a lawsuit is viewed as a quarrel between community members and not as a conflict. This underscores the importance of group solidarity, which requires peace to be restored between members.

And the restoration of peace must always emphasise the protection of the vulnerable and marginalised.

Finally, the idea that must be reinforced is that the law, as experienced by an individual within the group, is bound and exercised through duty as opposed to individual entitlement or birthright.

These issues, and many more, come to mind as issues that we must focus on as a nation in our quest for social justice, always mindful that customary law – a formally recognised positive law in our democracy – is replete with practices that deserve to be discarded or realigned and developed, rather than customary law in its entirety being further marginalised and undermined.

For this reason a constructive discussion is long overdue to build a South Africa we are all proud to live in and where we agree that the constitution, as a cornerstone document that provides us with the building blocks for nationhood, is the supreme law of the land.