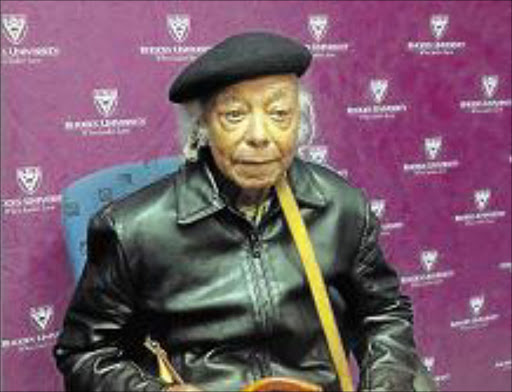 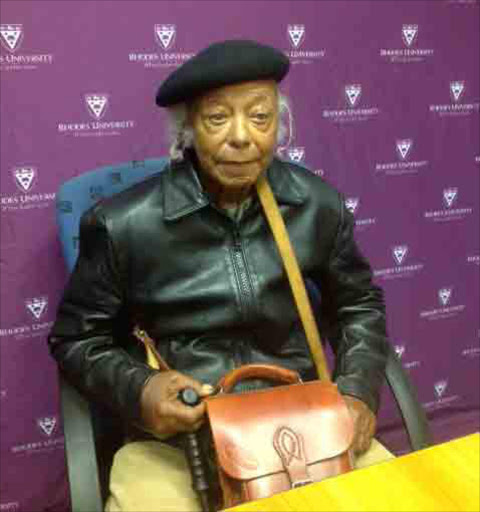 An 86-year-old high school dropout who became an internationally acclaimed struggle poet and writer, has been awarded an honorary degree by Rhodes University.

James Matthews, who left school in Cape Town’s District Six when he was 14 years old to become a newspaper vendor, yesterday told a packed Rhodes University graduation ceremony he was grateful for the award.

The dreadlocked poet, dressed in his trademark black beret and leather jacket, later told the Daily Dispatch even though he never went to university, it did not prevent him from following his dream and becoming a writer.

“I am not being disparaging of ‘cats’ at university, but I did not feel disadvantaged by not going.

“Even though I am very humbled to be given this award, I also see the funny part ... I was born in the ghetto but ended up at university with an honorary degree, nogal.”

Although he has spent 70 years penning poems, short stories and a book that highlighted the struggle against oppression and injustice, Matthews said he still planned to write more political poetry.

“I am not really happy how things have turned out. The president lives in a palace, but around him people live in poverty.”

A self-confessed “loner” who always felt the need to fight oppression, Matthews said he was not happy with widespread government corruption and the fact that few people were jailed after they were exposed.

Matthews, who was given two long standing ovations before and after he was awarded his honorary degree, told a packed Guy Butler Theatre at the 1820 Settlers National Monument that he was inspired to become a writer after he was given 21 out of 20 for a school composition before he dropped out.

After starting out as a newspaper street vendor, Matthews worked his way up to head messenger at the Cape Times and realised he was becoming a writer when stories he penned started getting published in the magazine section of the Cape Times and Cape Argus.

Although he started out writing all sorts of stories,his work became more political as apartheid and forced removals unfolded.

Matthews’s anti-apartheid messages were conveyed through his first book, The Park and Other Stories, which he self-published in 1962.

He soon became a leading articulator of the Black Consciousness philosophy and had his first collection of poetry, called Cry Rage, banned in 1972 by the apartheid government.

At the time, he also set up South Africa’s first black-founded art gallery followed soon afterwards by the first black-owned publishing house. Both were shut down by government.

Speaking before Matthews was conferred with an honorary degree by chancellor Lex Mpati, emeritus history professor Paul Maylam said Cry Rage was even discussed in parliament “who were unable to decide whether it was poetry or a petrol bomb”.