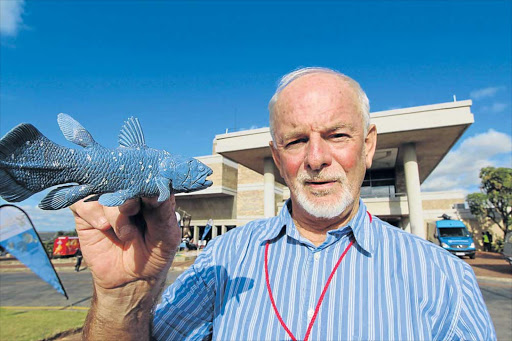 Our African forebears, thousands of years ago, caught fish by poisoning them with the sap of euphorbia plants.

This and other fascinating facts about traditional African fishing methods will be the subject of a talk by Professor Mike Bruton at the East London Museum on Saturday afternoon.

A former director of the Ichthyology Institute at Rhodes University, East London-born Bruton said the talk would be based on his book Indigenous Fishing Methods of Africa, published last month.

“It will be about traditional fishing dating back to the earliest records of 80000 years ago along the southern Cape coast,” said Bruton, who studied at Rhodes in the 1960s, at the same time as famed coelacanth identifier JLB Smith.

He said some fish harvesting methods still being used, such as fishing with hooks, nets and baskets, were depicted in Egyptian tombs 3500 years ago.

Bruton’s talk will highlight early fishing methods that were sustainable and conservation-friendly, but have been adapted for use in present-day operations that are destructive and deplete fish stocks.

“Early people would use natural poisons like the sap from euphorbias or they would crush leaves and bark and throw them on the water, and when the fish floated to the surface they scooped them up in a net.

“Now people use insecticides which have harmful effects on aquatic animals, and which accumulate in the food chain.”

Bruton said mosquito nets for beds, distributed in Africa in a global anti-malaria drive backed by Bill Gates and US President Barack Obama, were instead being used to catch fish.

“The insecticide used in the nets dissolves in the water and the nets are also very big and catch everything, so smaller creatures can’t escape.”

His talk would feature cultural heritage and human rights with regards to the harvesting of resources and the history of conservation.

“This is an aspect of indigenous knowledge that has hardly been studied. My talk will be lively and accessible to non-specialists.”

A new edition of his 2015 autobiography When I was a Fish was released three weeks ago and will be on sale at his talk.

Bruton is included in the Think!Fest lecture programme of the National Arts Festival, and will give a talk about indigenous fishing methods at Grahamstown’s Albany Museum at 5.30pm tomorrow.

l Everyone is welcome to attend his free talk at the East London Museum’s Courtenay-Latimer Hall at 3.30pm. — barbarah@dispatch.co.za