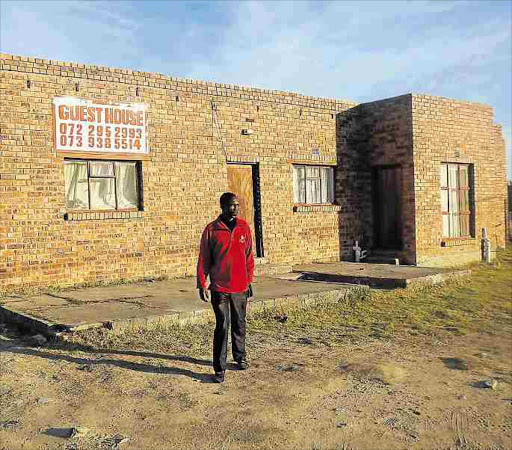 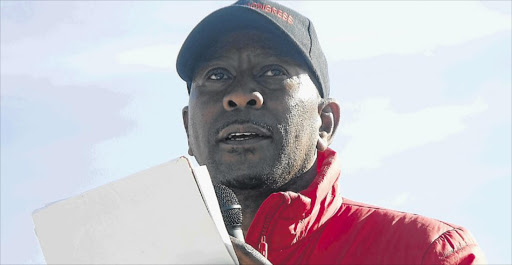 When Veli Carter decided to turn his family home in Sterkspruit into a bed and breakfast in 2010, he thought the move would bring financial security for him and his children.

However, Mgojo claims despite the majority of the population coming from Sterkspruit, it was shunned when it came to service delivery in favour of the other two towns.

Thus, the association has been fighting since 2012 to have Sterkspruit secede to from its own municipality.

“Service delivery is skewed towards Barkly East and Lady Grey. We have a water crisis here that they are doing nothing to address,” he added.

Carter, a father of five, meanwhile claims the situation has hit him hard in the pocket.

“I lose up to R50000 sometimes because there is no water here. If you run a B&B you have no choice but to turn clients away when water shortages hit the town,” he said.

He said as a result many people had decided to close their businesses as they were running at a loss.

Carter claims that emerging businesses like his also receive very little help from the town authorities and financial institutions.

“I can’t get a loan because they demand a lot. I can’t even get funding from funding institutions. I don’t know how many times I have knocked on municipal doors, to no avail.”

He feels the SCA could be the saviour that Sterkspruit residents have been waiting for.

While Carter is able to organise water from other sources, rural villagers like Dimakatso Masiu from Hohobeni village aren’t so lucky.

Despite having taps in their village, nothing has flowed from them for many years and they resort to fetching water from a murky stream also used by animals.

“Sometimes we have to take out used diapers from the same water.”

The 55-year-old mother of three also has to navigate a very steep slope while carrying a heavy bucket on her head. “Most of the time, I have to go to the clinic because my back is always sore from the exercise. We don’t know why they don’t fix those taps,” she said.

The SCA has promised to build more dams around Sterkspruit and install taps in each household if voted into power.

While Senqu municipality declined to comment on the water situation, Joe Gqabi district mayor Zibonele Dumzela has blamed the problems on illegal connections.

He said many of the town’s residents – especially in areas near the centre – had made illegal connections.

“We have gone on a drive to tell them that instead they should approach the municipality if they want to do house connections,” said Dumzela. — sikhon@dispatch.co.za