His key investment is education 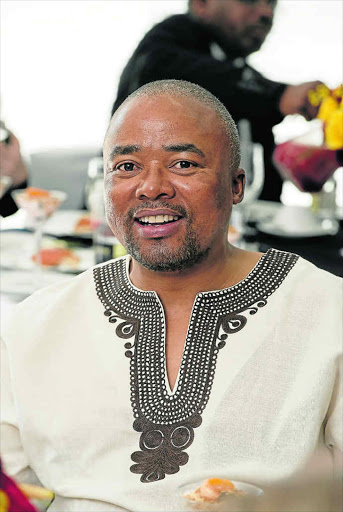 The Saturday Dispatch met with him to find out what drives him.

SIPHE MACANDA: Please give us a brief profile of yourself.

MIKKI XAYIYA: I grew up and came of age in Mdantsane in the early 70s. Like most conscientious members of my generation I was drawn into student and youth political activism.

SP: There’s talk of your involvement in the ANC underground. How did you get there?

MX: That journey took me through the ANC underground in 1976 and thereafter I underwent military training in Umkhonto we Sizwe in 1978 in Angola, German Democratic Republic and Cuba, after my combat experiences here at home, before my capture in a military skirmish.

SP: You were captured?

MX: Eventually I was sentenced to serve time on Robben Island in 1984 until I was freed in 1990 in the wake of the unbanning of the liberation movement and the release of our founding president Madiba .

Frankly, there’s nothing extraordinary there. We simply heeded to the injunction of our time.

SP: What next after your release from Robben Island?

MX: We all threw ourselves into the work of rebuilding the ANC soon after its unbanning, thus making it possible for it to assume democratic power in 1994.

I served in government from 1994 to 1997 as political advisor to the first premier of Gauteng, comrade Tokyo Sexwale.

A new call however beckoned and together we co-founded Mvelaphanda Investment Holdings, marking my entry into the challenging world of business, where I continue to operate.

SP: You are a successful businessman, so what has inspired you to go for the master’s degree?

MX: In a fast-changing world it makes sense for one to always strive to be ahead of the curve.

There can hardly be a better investment in oneself than education.

SP: Have you always valued education or is it a new-found passion?

MX: My life has been one single pursuit for education. This is one attribute my mother imparted in me. In her house there was absolutely no compromise about waking up and going to school.

She taught me that good dreams remain absolute fantasies if not accompanied by a determined resolution to achieve them.

SP: What other qualifications do you have, from which institutions?

I studied at UNISA, Wits, and University of Pennsylvania , add to this my political education studies at the Ñico Lopez Higher Party School of the Communist Party of Cuba.

Why did you study abroad?

MX: I was attracted by the choice and programmes on offer at the University of Leicester and the institution’s outstanding academic credentials.

SP: What is your take on the importance of education?

It cannot be over emphasised. It is the most vital instrument to navigate the stormy seas of the modern society.

SP: What is your opinion on the state of our education system?

MX: Education in SA is facing massive challenges. While readily conceding the apartheid legacy remains one singular obstacle we face, this can and must be surmounted. Without a strong education system our competitive edge as a country and nation will come to nought.

Leading countries are those that boast a massive investment in education.

SP: The youth these days tend to go for the quick buck. What would you say about coupling business and education?