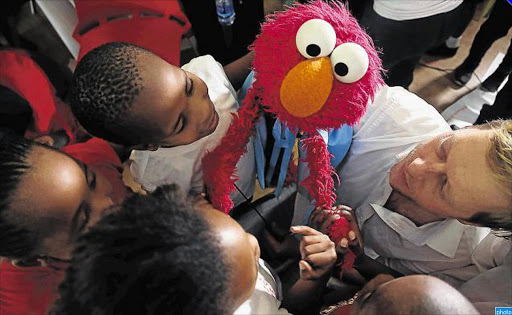 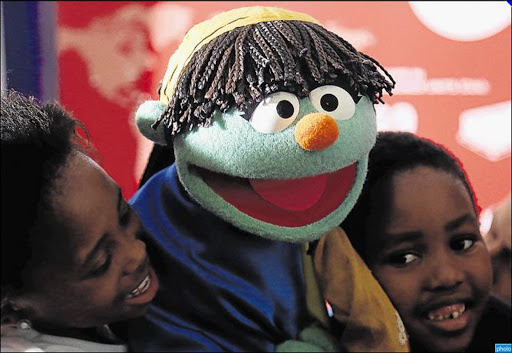 Sesame Workshop – the educational organisation behind South Africa’s Takalani Sesame – and Johnson & Johnson yesterday released new multimedia resources for children and caregivers aimed at reducing the mortality rate of children under the age of five.

The material, which includes a healthy play app, healthy play booklets and water, sanitation and hygiene (Wash) kits will be made available to at least 90000 children and 6000 caregivers at early childhood development (ECD) centres throughout the Eastern Cape.

The launch was held at the Johnson & Johnson East London plant and featured the muppets from Takalani Sesame, including Raya, Sesame’s first global health ambassador muppet.

The organisation said the initiative was aimed at curbing the high mortality rate of children under the age of five which is largely attributed to illnesses including respiratory infections, diarrhoea, and malnutrition.

The material will be made available in English, Xhosa and Afrikaans.

“In many instances, basic practices such as washing your hands and keeping your surroundings clean can prevent and reduce various illnesses in children,” Elattar said.

Elattar said the Healthy Play App is preloaded on Android phones and distributed to ECDC’s and classrooms.

The app will also be available for free at the Google Play Store and on takalanisesame.co.za/healthyplay.

The print content includes a booklet with print versions of 30 play app activities, a wall poster featuring Wash behaviours, and a large “story pond” play mat that encourages children to actively participate and build their own stories about healthy Wash practices.

The Wash kits, which are distributed in shweshwe material bags, include books for facilitators and books for children’s personal use that feature the Takalani Sesame muppets demonstrating healthy Wash behaviours.

ECD specialist and Sesame coordinator in the province Margaret Irvine said the books would help children start their own home library.

“The books that will be given to the children, will ensure that families also learn about water and sanitation hygiene,” said Irvine.

The site director for Johnson & Johnson’s East London manufacturing plant Michelle Williams said: “Our longstanding commitment to families, especially women and children, is what drives our decisions around our community impact work.

“We strongly believe in the power of health education through traditional and non-traditional channels as a way of empowering families to stay healthy and safe,” Williams said.

In addition, Sesame Workshop and Johnson & Johnson will launch interactive seminars and training conducted by local Wash experts for teachers and facilitators who interact daily with children. — arethal@dispatch.co.za