‘#EFFSOLDOUT’ say protesters against alliance with the ‘white DA’ 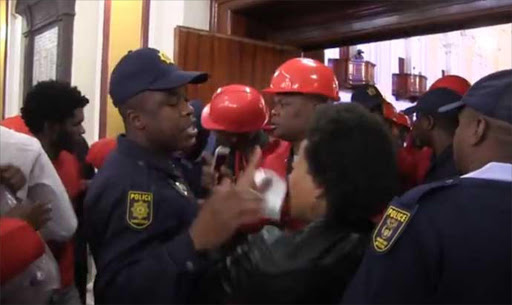 EFFCops
Apparent divisions within the Economic Freedom Fighters (EFF) surfaced as angry members of the party protested outside the Johannesburg City Hall during the inaugural council meeting on Monday.

Wearing their trademark red‚ they carried posters saying “#EFFSOLDOUT” under the watchful eye of police personnel.

They are part of a faction within the EFF which believes the party should not have supported the “white Democratic Alliance” (DA).

While the EFF said last week that it will not enter into any coalitions‚ it said it would vote with the DA – and other opposition parties — where necessary to ensure that the African National Congress was removed from power. — Tiso Black Star Group Digital