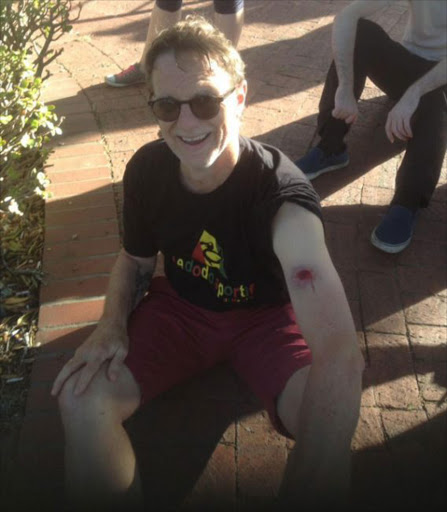 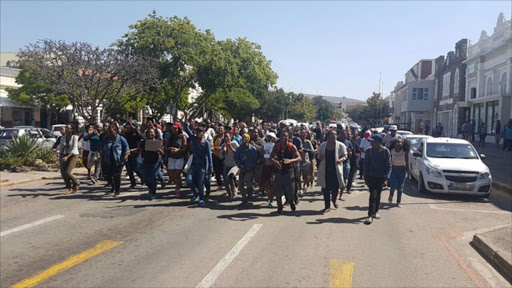 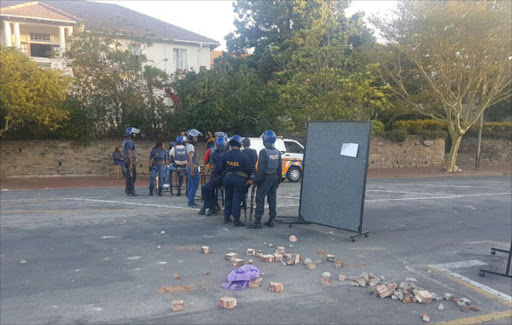 Rhodes University yesterday turned into a war zone, with academics caught up in violent clashes between police and students.

The chaos followed a university announcement of extraordinary security measures to safeguard exams.

Shots rang out, stun grenades exploded and a thick pall of teargas hung over the small campus yesterday.

Earlier, Rhodes had announced extraordinary security and other measures for the exams.

These included pre-exam body searches, locking students down for the duration of the exam and an insistence students report to venues an hour early to undergo security checks.

Students would also be required to show photo identification before being allowed into exam venues. All items and personal effects would have to be placed in transparent plastic sleeves and put on their desks in clear view.

The university also said there would be closed-circuit television (CCTV) surveillance at all venues, which could be used to prosecute anyone who disrupted examinations.

“Offenders will be evicted, receive 0% for the examination, suspended from the university and prosecuted in terms of the interdict,” the university warned.

The university was referring to an interim interdict it obtained against protesters in April prohibiting any disruption of university activities, arson, damage to property, assault, intimidation or any other unlawful activities during protest.

But protesting and other students said the measures were extreme.

Many want the university to push back exams to give them time to recover from the trauma of disruptions and the heavy police presence on campus and to catch up on missed work.

Both the Student Representative Council (SRC) and RUFeesMustFall constituency said on social media they rejected the additional exam rules.

lIn East London, 10 University of Fort Hare students, arrested on Monday after disrupting lectures at the East London campus, appeared briefly in the East London Magistrate’s Court yesterday. The students, including two SRC members, are facing charges of intimidation and violation of a court interdict obtained against them by UFH following disruption of lectures and violence that broke out on campus.

The interdict prohibited students from disrupting academic activities at the institution.

The 10 were released on warning after spending Monday night in jail.

Their next court appearance is December 7.

The students, who call themselves “Fees Must Fall Movement”, allegedly stormed lecture halls and ordered everyone out. Among the students arrested were SRC legal affairs officer Lundi Mbutho and entertainment officer Ntando Ncamane.

The disruptions came as academic activities entered a second week following the nationwide shutdown of universities.

The Dispatch tried several times unsuccessfully to get comment from the university and the SRC.