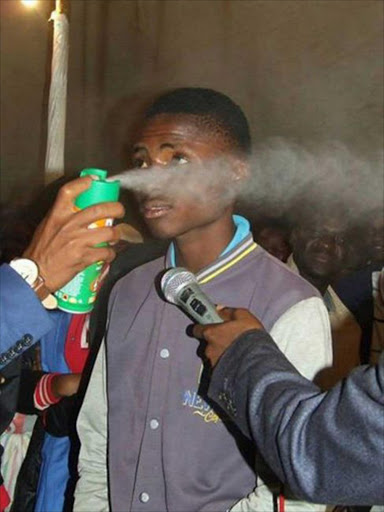 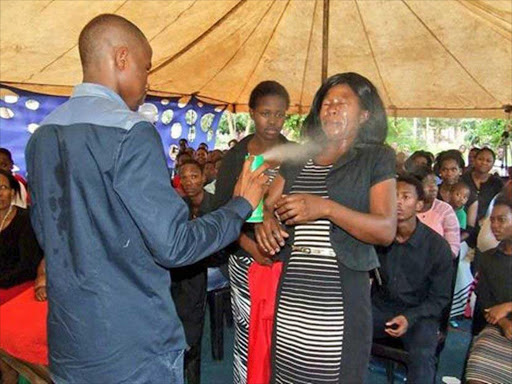 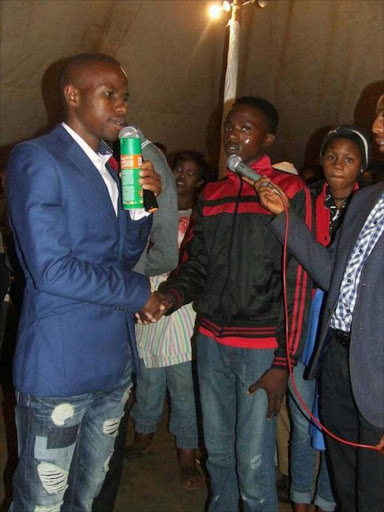 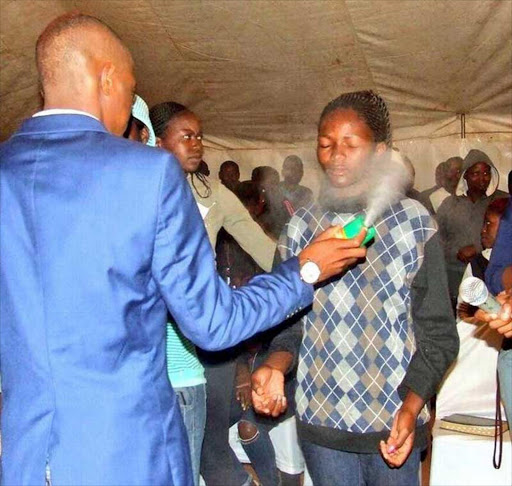 A Limpopo Prophet has shocked many by using a multi-insect spray to "exorcise demons" from his congregants.

"Doom is just a name, but when you speak to it to become a healing product, it does," read a Facebook post on the congregation's page Mount Zion General Assembly (MZGA).

The pictures, trending on social media have caused a stir and brought back memories of the pastors that make their congregants eat grass, snake and drink petrol.

"By my name, you shall drive out demons.

By my name, you shall pick up snakes.

Anything you touch, recieves favour because of the annointing upon you.

Doom is just a name, but when you speak to it to become a healing product, it does.

People get healed and delivered through doom.

Its not by might nor by power, but by the HolySpirit.

We give God the glory!!" read one of the Facebook posts with the pictures showing the Prophet spraying Doom onto the congregants" faces.

The Commission for Promotions and Protection of the Rights of Religious‚ Cultural and Linguistic Communities (CRL) was not immediately available for comment. The CRL spokesperson Richard Mkholo said he would issue out a comment.