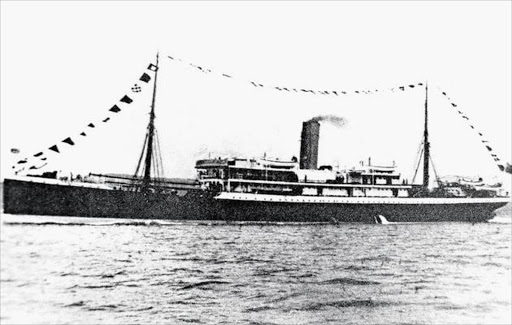 The three sites in Sharpeville are the police station and in the in Phelindaba Cemetery the memorial garden and the graves of the 69 people killed in the massacre.

On March 21 1960‚ police opened fire on a peaceful march led by the Pan Africanist Congress in protest against pass laws. Marches were organised in Sharpeville in Gauteng‚ and Langa in Cape Town.

The SS Mendi memorial‚ situated at the University of Cape Town’s sports fields in Rosebank‚ Cape Town‚ is for South African lives lost on SS Mendi in 1917‚ a story long ignored. The troopship left Cape Town carrying 823 men of the 5th Battalion the South African Native Labour Corps. SS Mendi was rammed by another ship‚ 616 South Africans (607 of them black troops) and 30 crew were killed.

“It is a reminder of the role played by black South Africans in World War 1 and of the links these events have to the liberation struggle in South Africa‚” the agency said.

The soccer fields were formerly the Rosebank showgrounds‚ which were used during World War 1 as the national assembly camp and depot for the Native Labour Corps. It was at this camp that the men from all over South Africa as well as Botswana‚ Swaziland and Lesotho assembled‚ enlisted were kitted out and received their basic training.

Earlier this month Royal Navy News reported that the Royal and South African navies “will join forces early in the new year to commemorate one of the worst disasters in the Commonwealth country’s history”.

It said that‚ to “mark the centennial anniversary of the tragedy‚ the South African Navy is dispatching its frigate SAS Amatola to the United Kingdom to support ceremonies ashore and over the wreck site – the first stage in a three-month deployment to Europe”.

“Royal Navy divers are planning to go down to the Mendi’s wreck‚ which sits upright on the seabed in murky waters 100ft down and a good 20 miles southwest of the southernmost tip of the Isle of Wight‚ placing the South African flag and wreath in memory of all 646 souls lost‚” it reported.