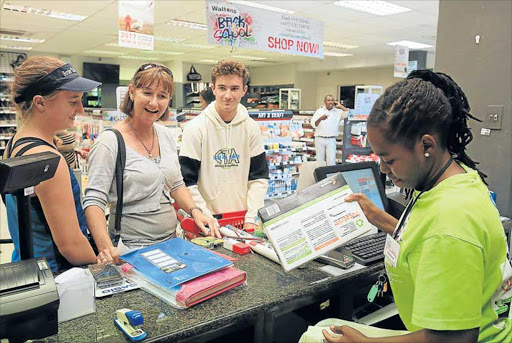 The South African Democratic Teachers Union (Sadtu) has called on the ANC in the Eastern Cape to convene an urgent meeting to deal with an education crisis in the province.

This follows the release of damning details contained in a report tabled last Friday before the ruling party’s sub-committee on education.

The report revealed that hundreds of pupils at 16 Eastern Cape schools will return to unsafe school structures tomorrow as the department had failed to replace or renovate the schools.

Education portfolio committee chairman Fundile Gade confirmed yesterday that only four of the targeted 20 had been replaced.

But he added that not even those were completed as even some of the four were still under construction.

“That is a big disappointment because this target was set by the premier,” he added.

The report, tabled at the education study group meeting held at Calata House, the ANC’s provincial headquarters, also revealed that:

l15% of required textbooks have not yet been delivered to schools;

lA committee meant to determine the number of vacant teaching posts will only meet next Monday, five days after schools reopen for the new school year; and

To date, at least two senior education officials have taken the fall for the department’s failure to meet its obligations.

The department suspended deputy director-general for planning Philiswa Mdikane in May last year for failing to spend R530-million meant for infrastructure, while chief director for human resources Welile Payiand was blamed for not filling 4000 vacant positions, including 320 principal positions.

Gade said: “We are very concerned about the state of affairs in education.”

Sadtu provincial spokesman Sindisile Zamisa said the union had written to the ANC, Cosatu and SACP “for the ruling party to convene an urgent crisis meeting to find a solution to these challenges”.

The letter highlights several issues including textbook shortages and non-payment of electricity bills in some districts, as well as the filling of 24 vacant education inspector positions.

The call for the crisis meeting comes days after the province’s matric class of 2016 was declared the worst performing in the country, recording a pass rate of 59.3%.

“We are calling for this meeting not necessarily to grandstand but to alert everybody about the problems in education,” said Zamisa.

“You can’t, in a province which had poor matric results, two days before schools open not have learner and teacher support material (LTSM).”

ANC provincial secretary Oscar Mabuyane, who was in Gauteng for the ANC’s January 8 celebrations, said he had not yet received the letter.

“I am out of town. But I am aware of the challenges facing education and we are going to do whatever it takes to ensure that these issues get addressed.

“It will form part of our strategic meeting which will meet by February 15,” he said.

Provincial education spokesman Mali Mtima said the delays in delivering textbooks would be addressed by the end of this month.

He said the process of identifying vacant teaching posts was an ongoing one, “so at this stage we are unable to say how many vacant posts exist”.

During a media briefing in King William’s Town yesterday, the department of transport revealed that despite a slight increase in the number of pupils benefiting from the scholar transport programme, once again thousands will be left out due to budget constraints.

More than R460-million has been allocated to transport 70854 pupils to school throughout the province, about 3000 more than last year.

But, according to the department, the overall demand for the service was 107000 pupils.

Transport MEC Weziwe Tikana said they were unable to meet the demand due to budget constraints.

Apart from not being able to meet the demand, Tikana said the department had thoroughly prepared for a “smooth kick-off” of the scholar transport programme.