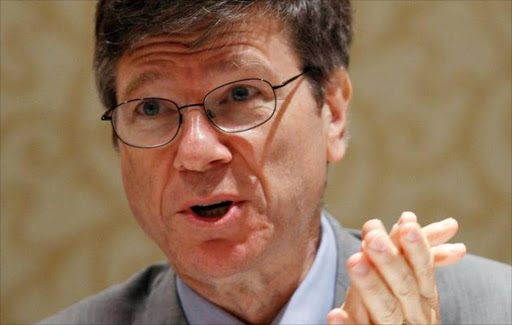 Jeffery Sachs
Africa can end extreme poverty by 2030 with heavy investments in education and health‚ much like China did. This is the opinion of world-renowned economist Jeffrey Sachs‚ the keynote speaker at the opening of the 6th World Sustainability Forum in Cape Town on Friday.

China and east Asia were transformed in a short period with well-targeted investments of up to 30% to 40% and Africa can learn from their case he said.

“If Africa can substantially raise its investments rates ... then its overall growth rate would increase and poverty would plummet.”

These “global goals”‚ which include quality education and good health and well-being‚ underscore the type of long-term investments needed to eliminate poverty‚ Sachs noted.

An investment in technology‚ the saving and accumulation of different types of capital and investments – including in people‚ infrastructure and transport – would also help overcome poverty. Measures to cut corruption were also needed.

“Such is our technology today that we can realistically look to this period as the period when extreme poverty ends in Africa‚” he said.

Sachs observed that the expanded education goal of striving for “universal secondary completion of education” would be a major challenge in Africa.

He recognised the role universities play in championing innovation and developing intellectual capacity. “I do think the academic and university sector has a unique role to play; I do not believe the SDGs can be achieved without the university sector‚” he said.

“I know South Africa is going through an extremely difficult time in universities now‚ which I am following with great concerns. Sometimes in crisis like this there is also opportunity‚” he said‚ urging African universities to set their own research agenda.

Countries should also invest more in social capital‚ in building trust between people and their government‚ said Sachs‚ noting that this has been falling in the United States.

“We don’t trust each other and we don’t trust our government... American society does not work right now‚” he said.

On a lighter note he said that US president Donald Trump could play a role promoting unity – by uniting countries against him.