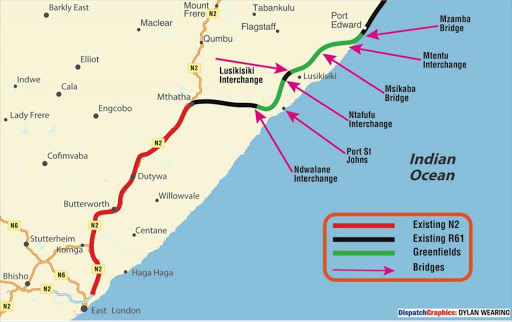 Among them was one that confirmed that actual construction of the N2 Wild Coast project would commence in earnest in April.

Premier Phumulo Masualle announced in December 2015 that the building of key mega-bridges would begin this year after stakeholders found common ground on the areas in dispute.

For the full story get a copy of the Dispatch or subscribe to our e-Edition for the complete newspaper with jobs, classifieds, crosswords, TV schedules and back editions