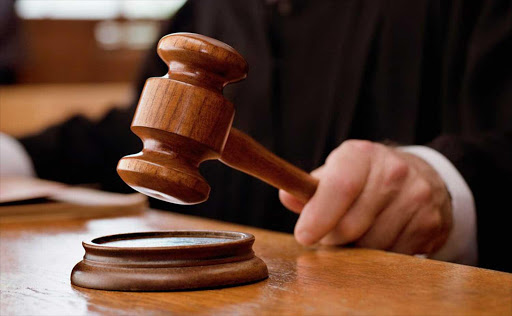 Serial paedophile Bruce Ehrlich, who last year ended up back in jail for violating his parole, is now a free man. Picture FILE
The trial of two Dimbaza police detectives and seven other men facing charges ranging from armed robbery, murder, possession of unlicensed firearms and fraud began in the Zwelitsha Magistrate’s Court yesterday amid heavy security.

There were two security checkpoints involving metal detectors for members of the public wanting to listen to court proceedings.

As the nine men, some with leg irons, walked to the regional court dock, they were escorted by a group of 20 heavily armed Tactical Response Team officers from the SAPS and correctional services department.

Gadlela is representing himself while the remaining accused are represented by East London attorneys Ntsikelelo Manyisane, Luvuyo Mavuso, Bulumko Msele and Neil Slabbert who flew in from Cape Town for the case.

A total of 22 charges against the accused were read out in court by state prosecutor Nceba Ntelwa.

The charges relate to an incident on July 30 2015 when Dimbaza businessman, Fikile Jilaji, was shot and killed during a robbery at his home. At the time of his death, Jilaji was the owner of Oom Ficks Tavern and also operated a cash loans business from his property.

Jilaji’s clients would provide him with their South African Social Security Agency (Sassa) cards and identity documents as security for cash loaned to them.

In the charge sheet, the state alleges Gadlela was aware of the cash loans business as he had previously installed security cameras on the premises.

The state alleges that at the time of his death, Jilaji had opened a case of theft against Gadlela at the Dimbaza police station, when he noticed that bank cards had gone missing at the time the cameras were being installed.

The state claims the accused had knowledge of the bank cards and cash on Jilaji’s premises and as a result, planned to rob him.

The state alleges Gadlela arranged for a vehicle to be rented and was the driver of the vehicle while Jones provided R8000 for the car rental. The state said when the robbery finally took place, Gadlela remained outside the premises as he was known to Jilaji.

Madoli, an SAPS member, is said to have provided the firearm used in the robbery by Phillip. The two detectives were said to be in the area of the robbery to allegedly warn and protect their co-accused.

The state alleges that Jilaji was shot multiple times by Jones, Faku and Phillip.

The accused pleaded not guilty to all charges and are all in custody. — zwangam@dispatch.co.za