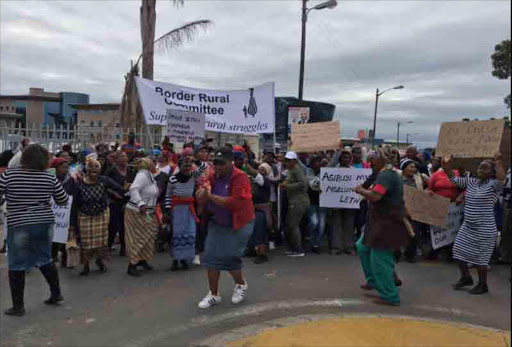 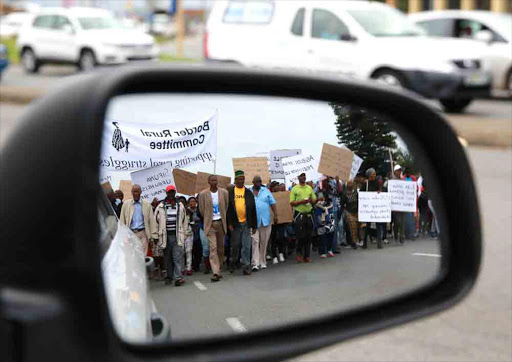 About 500 Keiskammahoek land claimants marched to the Amathole District Municipality (ADM) this morning over what they said was the municipality’s failure to spend R55-million allocated to develop the area.

The residents from nine villages approached the municipality offices demanding answers for R55-million they were awarded through a land restitution settlement in 2002.

Of the R55-million allocated for development in the villages, ADM claims to have spent R35-million in projects, but community members say they do not know what the money was used for “as unemployment and poverty are still rife, and no solid infrastructure is in place”.

The large crowd demanded accountability and delivery from the municipality.

Border Rural Committee managing director Phumeza Grootboom said: “We’ve been trying to find answers for many years. That money is to improve and transform the lives of the people in Kieskammahoek. It’s disappointing that the ANC-led government has played with our democracy and continues to fail to deliver to the people.”

ADM Mayor Nomfusi Nxawe signed the memorandum and said she would provide them with feedback in 14 days.

WATCH: What Africa can learn from the Miracle on the Han
Business Day TV: How SA Inc has coped with the Covid-19 crisis
X