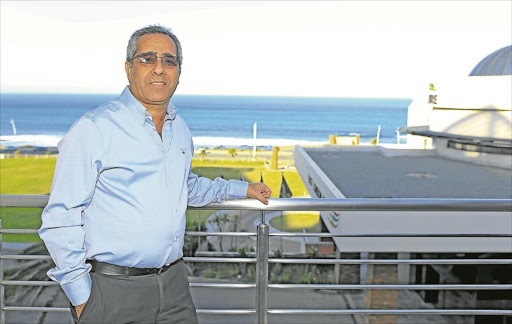 The Daily Dispatch has reported on a string of break-ins in the suburb in recent months. At the weekend, two more houses were broken into.

The Daily Dispatch has reported on a string of break-ins in the suburb in recent months. At the weekend, two more houses were broken into.

Eastern Cape police did not respond to questions e-mailed early yesterday, but the Daily Dispatch was able to track down the two victims.

On Friday thieves broke into the Lower Ridge Road home of businessman Sam Nassimov and wife Nola while a Sheerness Road family were left reeling with anger after they were cleaned out on Sunday.

When contacted yesterday, Nola declined to comment on the break-in. It is not the first time the family had been the target of criminals.

In March the Nassimovs had to double security after thieves invaded their property. The suspects fled empty-handed after they were picked up by sensor beams on the house’s lawn.

The Nassimovs are the owners of the East London International Convention Centre, Regent Hotel and King Davids Hotel with other business interests in the hospitality and tourism industry including Mpongo Private Game Reserve.

The homeowners of the Sheerness Road property, who asked not to be named for fear of being targeted, said the entire family had left in two cars to attend church in Stirling.

The couple, four daughters and grandparents had left their three dogs behind when the incident happened.

“The thieves ripped the door off the linen cupboard and herded my two little dogs – Sausage and a yorkie – into the bathroom and trapped them inside there.”

The family, who went to the agricultural show in Gonubie after church, said they found the dogs traumatised when they returned.

“The wind was blowing that day so they chose a good day for their activity because they knew the big setter dog would not move too much. She was sleeping in the front yard because she doesn’t like to move when it is windy.”

The suspects allegedly sped off in a white VW Polo with valuables including digital equipment, jewellery and clothing.

The homeowner said the thieves also made off with eight of his finest bottles of whisky, which he had received as gifts for his 50th birthday last year.

“I hope they suffered a terrible hangover this morning.

“They don’t take rubbish, they have a specific taste. Even with clothes, they took expensive leather jackets and shoes and my wife’s jewellery.”

He said the area was being targeted by thieves because robberies were becoming more frequent.

“The police who came to do the fingerprints earlier told me that she started at another house robbery at Smuts Road not far from us.”

About six robberies took place in Lower Ridge which becomes Norwood Street in the past two months, bringing the total number of break-ins in the suburb to 10.

More robberies were reported in Beach Road and Woodleigh Street in Nahoon. — malibongwed@dispatch.co.za