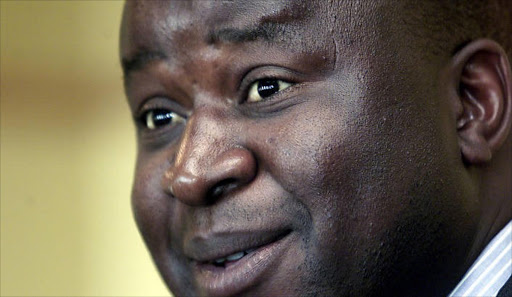 “Good people’s names will be tarnished! Why? It’s dirty politics‚” he warned in a series of tweets on Sunday – as details emerged of a “raunchy text and e-mail” scandal featuring minister in the presidency Jeff Radebe.

The Sunday Times reported that Radebe‚ the longest serving minister in the cabinet‚ had allegedly solicited nude photographs from a government photographer. In the exchange the minister asks Siyasanga Mbambani‚ 29‚ to “take one down“‚ apparently a request for a photo of her private parts.

She blew the whistle on the minister to bolster a claim that she was being victimised by her bosses at the government communications agency GCIS for being “improperly close” to politicians at the Union Buildings when‚ in fact‚ they were the ones “chasing after” her‚ the newspaper reported.

Radebe and Mbambani began communicating via text messages in 2014 after exchanging telephone numbers.

As seen in the text exchange‚ she appears to be hesitant at first until she eventually sends the 64-year-old minister a photo of her naked breasts.

Mboweni warned politicians about the skeletons in their closets amid lobbying for the top position in the African National Congress (ANC) at the party’s December conference.

Please do not be surprised by dirty political games from now till December. It’s going to be dirty! The stakes are high‚ be careful.