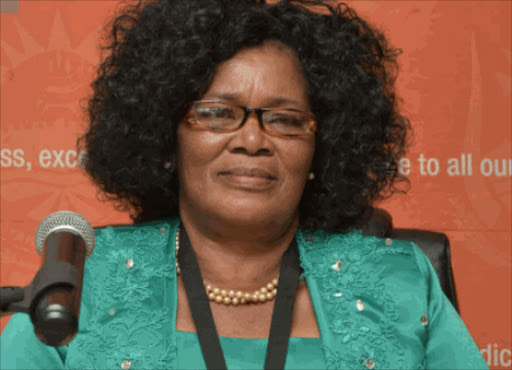 ADM mayor Nomfusi Nxawe PICTURE: SOURCED
The Amathole council has instituted a forensic investigation into the finances of the district municipality.

The probe comes after a damning closing-out report tabled at last Friday’s council meeting by the Lauren Smith-led audit committee. The report paints a picture of a municipality whose books are in shambles with a cash flow that has been deteriorating since the end of 2015.

ADM mayor Nomfusi Nxawe said: “The council resolved to form a task team which will do a forensic investigation into how we got ourselves into this state of affairs.”

The report states that the municipality is fast becoming financially unstable since the committee first tabled an audit and risk report in June 2014.

Smith stated in her report that since then ADM “was reducing its cash reserves”.

“This was presented to the executive mayor . Continued concerns were raised in our reports going forward.”

The report revealed the municipality’s cash-flow situation worsened over the years because ADM “does not have a standard respect of levels of cash reserves required” to remedy the situation.

The Dispatch has reported several times on the municipality’s financial woes.

Two years ago the situation was so dire that in October 2015 the district announced that it had run out of money to settle the claims of its infrastructure projects.

This was a few months after ADM launched its R600-million VIP toilets project.

The committee found that there were cash-flow challenges in the sanitation project “whereby funds were spent in advance and then only refunded on receipt of the municipal infrastructure grant”.

The report also found that the cash flow was being complicated by ever-increasing employee costs compared to expenditure.

This was despite council approving standardisation of salary scales by the end of 2015.

“The employee costs continue to increase and this is a concern to the committee,” Smith wrote.

lThere was a free-for-all approach wherein all ADM staff were claiming for every kilometre travelled. This was after a clause that limited travel claims of more than 500km to a certain category of staff members was scrapped;

lInaccurate in-year financial reporting due to incomplete accruals and liabilities;

lInadequate oversight on operations at Aspire, the district municipality’s development agency; and

lADM’s controls of its asset management were found to be weak.

“This report indicated a great problem with the management of insurance of assets which needs to be immediately corrected by management,” the report stated.