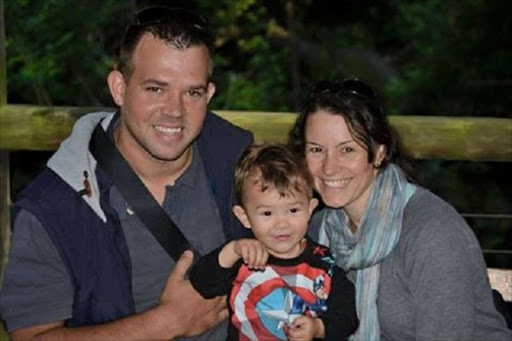 A pregnant mother, her husband and their three-year-old son have been identified as victims of the wildfires on the Garden Route.

The Herald confirmed that Madre Johnston, 33, her husband Tony, 34, and their son Michael died while fleeing for safety from their Sedgefield small-holding. Madre was eight months pregnant.

Adding to the devastation is the fact that the family died on Michael’s third birthday.

Southern Cape police spokesman Captain Malcolm Pojie said their bodies had been found about 15m from their smallholding home in Elandskraal, located between Sedgefield and Karatara.

Madre’s sister, Linda Truscott, 42, told The Herald that Tony and Madre, formerly from Uitenhage, had been living on the small-holding while both worked at a civil engineering firm in Knysna.

For the full story visit www.heraldlive.co.za