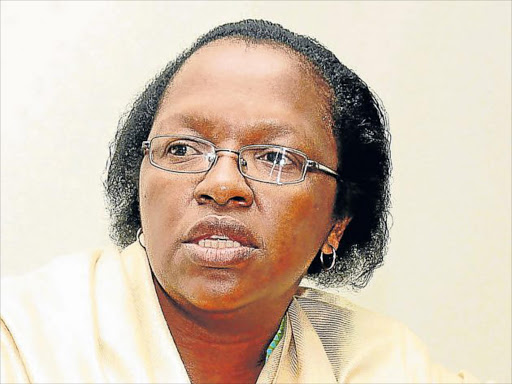 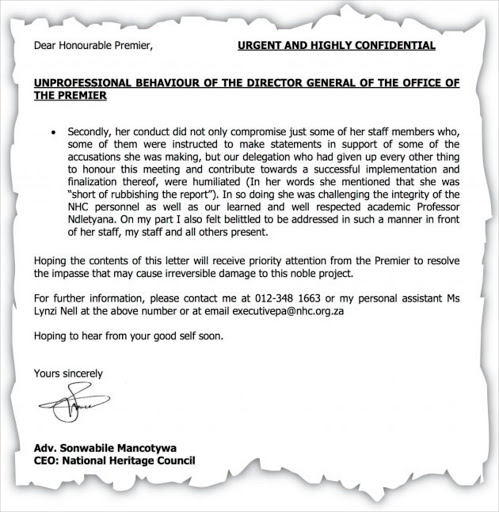 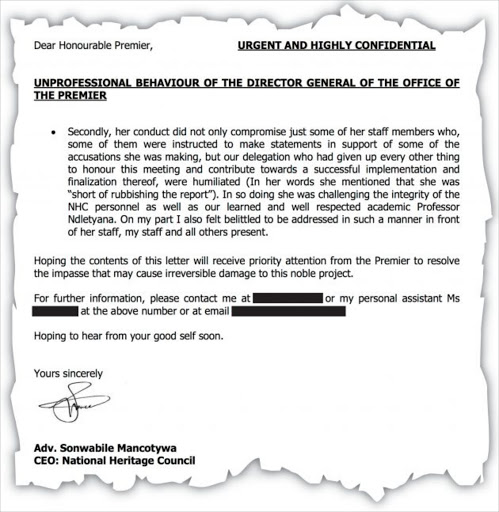 A fallout between the Eastern Cape’s director-general Marion Mbina-Mthembu and the National Heritage Council (NHC) has led to the council calling on premier Phumulo Masualle to take action against his accounting officer.

In a damning letter to Masualle, dated June 19, the NHC’s chief executive Sonwabile Mancotywa accused Mbina-Mthembu of having shown “unprofessional” conduct and a “body language which depicts anger and aggression” towards his delegation at a meeting between the two offices.

Mangcotywa said Mbina-Mthembu had accused the NHC of being part of “factions” without specifying what these factions were or what they were about.

“As a qualified lawyer, I was alarmed by her body language which depicted anger and aggression for which there was no need.

“We believe that the actions of the director-general are a bad advert for the province and should not be left unchallenged.

“It would be unfortunate that a province of such heritage significance can be compromised by unprofessional conduct of an individual.

“We therefore allure the honourable premier to take appropriate actions that will ensure that a situation of this nature shall never occur again.”

Mbina-Mthembu said yesterday she was not aware of any letter written by Mancotywa, except about Dispatch reports on the June 12 meeting between OTP and NHC published last week.

“I do not know about any letter or e-mail,” said Mthembu.

The Dispatch reported details of the meeting between OTP senior officials, headed by Mbina-Mthembu, and NHC, led by Mangcotywa, where Mbina-Mthembu allegedly walked out. The meeting was meant to give an update on progress of the multimillion-rands Home of the Legends campaign launched in 2012.

Details of the fallout have now emerged.