Accountants urged: save the country 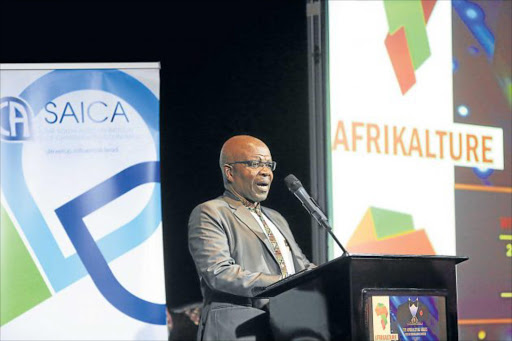 Professor Wiseman Nkuhlu speaking at the Afrilalture Conversation at Hemingways on Saturday night Picture: SINO MAJANGAZA
Black chartered accountants in the Eastern Cape were celebrated at the weekend at a glitzy black tie event held as part of the first Afrikalture Series Excellence Dinner, which encouraged dialogue about challenges and developments in the sector.

The inaugural event in East London was attended by about 200 professionals from around the country, in government and the private sector, as well as aspiring CAs from the province.

Transformation in the sector, good governance as a factor in investment, growth and development, business excellence and entrepreneurship, and the role of CAs in the public service, were among the key topics.

Nkuhlu, 73, a former economic advisor to former president Thabo Mbeki, said although it had been almost 50 years since derogatory myths about black people and their numeric intellect had been successfully challenged, there were still many barriers to be broken.

“For many years it was believed that black people in various professional sectors did not qualify, because they did not have the intellect, because you could not be black and numeric,” said Nkuhlu.

“However, those are the battles we have overcome, but the battle is not over as different challenges still emerge. The task of combating colonialism is not yet over. More than 20 years into our democracy, and 98% of our programmes still rely on donor funding, which reflects that we are not yet standing on our own.”

Cala-born Nkuhlu also reflected on the country’s current economic situation, and urged the professionals to work collectively to save the country “from the unfortunate current situation”.

“We are all disappointed with the recent downgrades and the corruption that has engulfed the country. We need to be deliberate and play a role that will get us out of this situation, and this series is a good start. The platform given by the conversation series could not have come at a better time because of the rampant corruption, maladministration and poor service delivery which has inundated South Africa,” he said.

“There is still a lot of work that needs to be done because poor financial management at local government level in particular is crippling our poor communities.”

Director of GME Multimedia and event coordinator Gugu Mbuku said the aim of the dinner was to create a platform for pioneers in the chartered accounting field to have an impact on younger people in the sector. “We are still pushing for transformation that will speak to more women joining the sector, and having them at managerial positions, and to have an everlasting effect on the younger generation, so they can get the right tools.”

Advancement of Black Charted Accountants in Southern Africa took the opportunity to praise 26 recently qualified CAs in the province. Although most of them were women, a need for more women in the sector was emphasised, as only 40% of the 128 chartered accountants in the province are women. — mbalit@dispatch.co.za