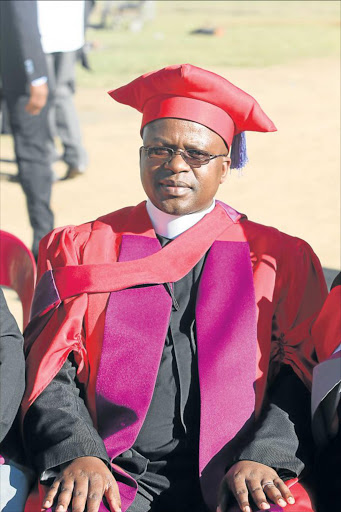 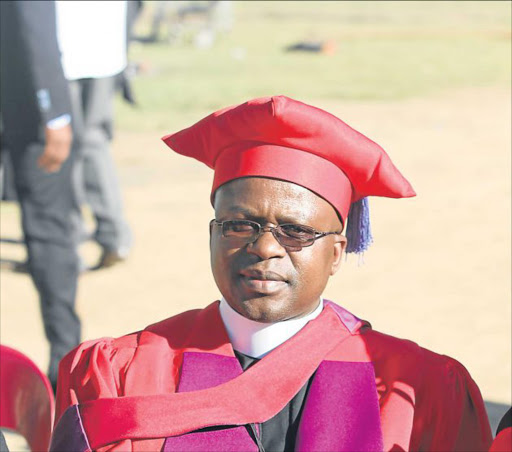 One of three priests in the running to be Bishop of Mthatha has been found to have lied about having a doctorate degree from the University of Pretoria (UP).

Pinyana’s hopes of ascending to the diocese’s top position now appears to have been dashed by the academic scandal.

The revelations were made after an investigation by a group of church youths on the authenticity of the candidates’ qualifications ahead of today’s elective assembly.

Pinyana was thought to be the most educated candidate, with a PhD from UP while Mditshane is still busy with his PhD studies at Fort Hare University and Ngombane has a master’s degree.

But a special investigation conducted by law firm Tiya Pata Incorporated Attorneys, commissioned by the group of young Anglicans, showed that Pinyana did not have a doctorate.

“These clients had suspicions about the academic qualifications and honesty of one of your candidates, Dr Mcebisi Pinyana,” wrote lawyer Zincedile Tiya to the chairman of the advisory committee of the elective assemble on July 10.

The Dispatch has seen letters from Tiya, UP and its lawyers to the committee over Pinyana’s PhD.

Both the university and its lawyers confirmed Pinyana did not receive either a master’s degree or a PhD from the institution.

UP’s lawyers, EOL Legal Services, said Pinyana was conferred with a bachelor of arts honours (theology) degree by the university on April 22 2010.

“Thereafter registered for the master of arts in theology but he was unable to complete his qualification.

“We also confirm that no doctor of philosophy qualification was ever conferred to Mr Mcebisi Pinyana by the university as alleged,” wrote EOH Legal Services’ Cyprian Khumalo to Tiya on June 28.

“He was registered at this institution from 2011 to 2014 for his master’s degree. However, he has taken a leave of absence.”

In reaction, Pinyana told the Daily Dispatch he was shocked by the claims, saying his doctorate was legitimate.

He said he would follow up with UP in an attempt to straighten the issue out.

In a twist, the Anglican Youth of Southern Africa (AYSA) of the Mthatha diocese executive wrote to the committee saying they never sanctioned the investigation into Pinyana’s qualifications.

The advisory committee chairman, only know as a Mr Gxididi, declined to comment.

The Anglican Church’s Archbishop, Thabo Makgoba, told the Dispatch that because this was an elective assembly, they were not allowed to talk about candidates outside the electoral college. — lulamilef@dispatch.co.za