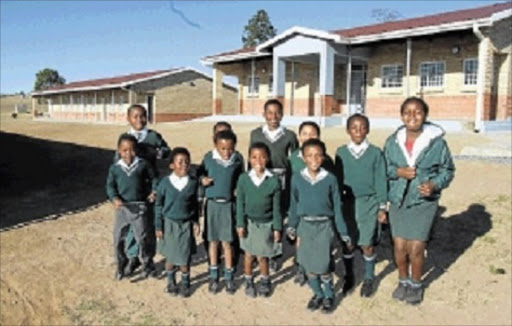 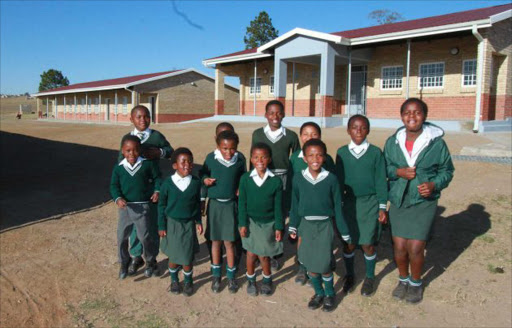 There was ululation and dancing when PetroSA came to the aid of an Eastern Cape village whose school was transformed from a dilapidated mud structures into a centre of learning boasting modern facilities.

It was handed over to the community by Energy Minister Mmamoloko Kubayi.

Previously dilapidated mud structures served as classrooms and an administration block for 130 pupils.

Two of their teachers were also former pupils of the same school.

Kubayi said that while it was not the responsibility of her department or that of PetroSA to build schools, when they saw the condition of the school they felt that they could not ignore the pupils’ suffering.

“Making a contribution in the education of children in South Africa is the responsibility of everybody. Irrespective of departments, we are all one government with the same goals.

“These buildings will restore the dignity of the teachers and the learners and this will be going a long way in encouraging teaching and learning,” Kubayi said.

“The community has benefited from when construction began, as jobs were created for the villagers. It feels good for us to now be able to teach our learners in normal classrooms. We are proud of our beautiful school,” said Gidimisani-Sifuba.

Gidimisani-Sifuba said the school had produced many who had become successful in their careers and mentioned businessman Dalikhaya Zihlangu, who was once a PetroSA board member; businessman Msingathwa Ningiza and her husband Dr Mpilo Sifuba, who is a respected school principal in the province; as well as two teachers at the school, Zimasa Gazi-Ndibongo and Ntombobawo Ntame.

The school was established in 1971.

It operated from two rondavels with only two teachers and in 1976 the community contributed money to build five classrooms. They had no ceilings and had cow dung floors which were cleaned and polished (sindwa).

Gidimisani-Sifuba said the community decided to approach PetroSA after they asked the provincial education department for help, but got no response.

She said the community approached Zihlangu who was then with the PetroSA board.

“The results are what we all see today. Without the assistance of PetroSA and Mr Zihlangu, a former learner of this school, we could not be celebrating these new buildings,” said Gidimisani-Sifuba.

“The programme supports countrywide initiatives aimed at alleviating impoverished communities, the empowerment of women and assists in the construction of health, education and environmentally sustainable infrastructure. Since the programme’s inception, PetroSA has invested R356-million towards these initiatives,” he said.

“We could not stand by and watch, while the children were being educated in a mud structure. We had to step in to ensure decency and respectability was restored for the learners and educators,” said Zono. — lulamilef@dispatch.co.za.