Girl killed in school accident to be buried 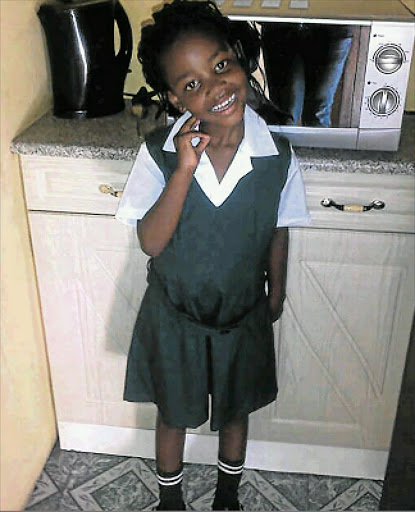 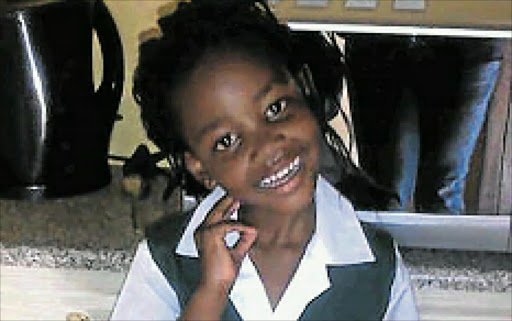 Little Khazimla Nkila, the five-year-old Grade R pupil who died in a collision with a bus at her school in Berlin on Monday morning, will be buried this Saturday.

Misile Kinana, the owner of the vehicle, said that he, with the support of close friends and business associates, had committed to ensuring Khazimla would be laid to rest in a dignified manner.

Kinana’s driver, Kupiso Magxotha, who drove over Khazimla, was granted R1500 bail by the King William’s Town Magistrate’s Court yesterday where he is to face charges including driving under the influence of alcohol at the time of the accident.

“Today we were locked in meetings with the family, together with delegates from the school, to find out what we could do to help the family during this difficult time,” Kinana said.

Zukelwa Daweti, a parent at the school, said the death of the pupil would not have occurred if the school had a caretaker on the premises.

“If there was a caretaker there would have been someone to tell the child where to walk or the driver where to drive,” she said.

Nkosinathi Primary School principal Zukile Mnweba confirmed the school had been meeting with the family regarding preparations for Nkila’s funeral.

“There’s a lot that still needs to be done for this family although everybody is trying to do their part.

“It has been a joint effort from the school, the scholar operator and the community, which has been warmly received but we are still waiting on the department to hear what they will be doing under the circumstances.”

Road Accident Fund spokeswoman Boniswa Matshoba said delegates from her office would also engage with the family to see how they could assist. — mbalit@dispatch.co.za