Families hope for deceased miners’ pay: Many left penniless behind are not aware they will get paid out 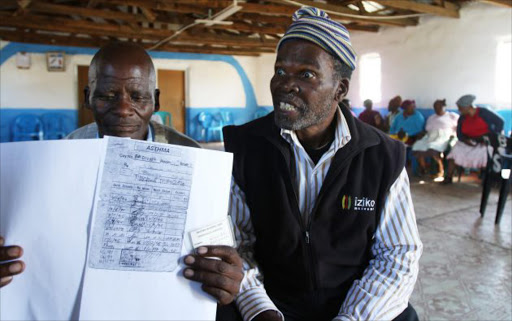 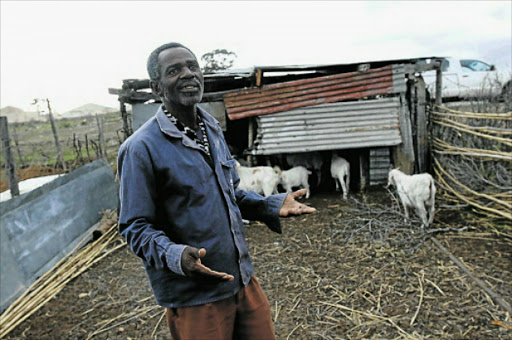 Many ex-mineworkers in the Eastern Cape have died waiting for their pension money, leaving behind their wives, children and other dependants struggling to access their money.

Some of their children had to drop out of school to go look for work so they could take over from where their deceased fathers had left off in providing for their extended families.

The Saturday Dispatch has met with many families in Matatiele, Komani and Glenmore who were open about their daily struggles, as they ponder life without the people they had called breadwinners.

The families spoken to were not aware that they will be benefiting from money that was invested and saved at more than 20 provident fund schemes.

TEBA, an agency that sent thousands of Eastern Cape migrants to the mines, last week announced that they were looking for 4000 more ex-miners who are currently eligible for money that they left from the mines they worked at.

The Dispatch can today exclusively reveal that 800 of the 4000 ex-mineworkers are now suffering from diseases, including lung and chest sicknesses.

Willowvale cousins Peter and Makrubela Solange are some of those who are suffering from asthma and silicosis but were never compensated by their former employers. They were medically boarded as they could no longer work.

Many like them attracted silicosis, which is a lung disease caused by breathing in tiny bits of silica, a mineral that is part of sand, rock, and mineral ores such as quartz.

It mostly affects workers exposed to silica dust in occupations such as mining, glass manufacturing and foundry work.

The Dispatch team has travelled the province to visit families of these ex-mineworkers who were suffering from diseases and who were boarded under the Medical Bureau for Occupational Diseases.

Of the 10 ex-mineworkers the Dispatch team had planned to visit, five had died.

They all left children and their wives with nothing. Dyongo’s mother, Nosinala said her son died while waiting for his pension money.

“His wife is currently working for R600 a month and has two children to feed.

“If my son’s money from TEBA could be released that will help them in a great way,” she said.

“He was a pillar for this family as he was working and bringing money home. When he fell sick and returned home, he didn’t stay long and eventually died,” she said.

It was the same case for Yose, who arrived home empty-handed from the mines in late 2009 and died a month later.

His widow, Zusiwe Ndayi said her husband was a breadwinner for them and their extended family. They had to fight to get his money from his former employer. “We all depended on him but when he came back home from the mines, he died a month later. He complained of a number of sicknesses, including TB,” she said.

“Teba continues to support the payment of individuals who were injured on duty,” Moeletsi said. — bonganif@dispatch.co.za