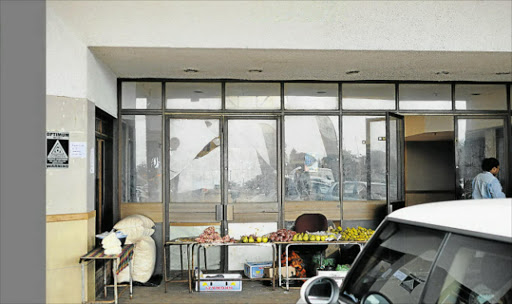 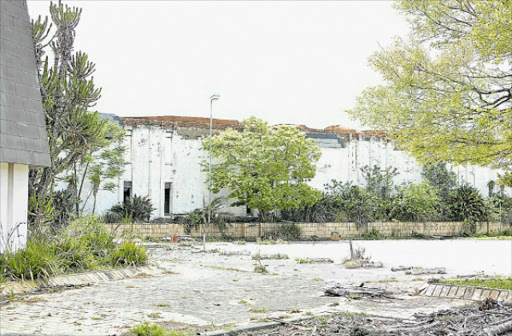 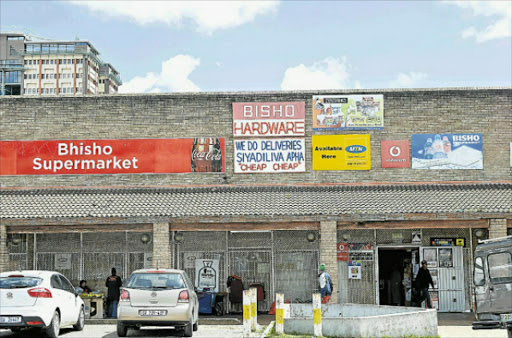 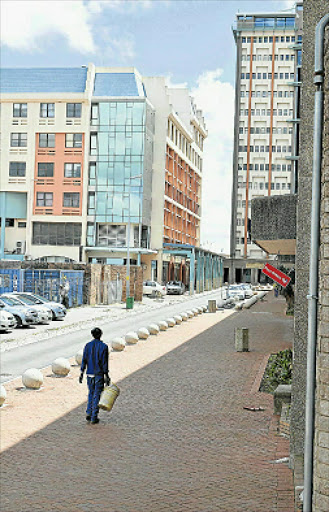 Armed only with a Grade 2 education, it used to be easier for Mzikayise Daniso of Tyutyu in Bhisho to find jobs in the capital “township” of the Eastern Cape when there were retail stores in the CBD.

Now, it is marked with litter and grazing livestock – even in front of the building that houses premier Phumulo Masualle’s office in the CBD and in front of the high court. The Saturday Dispatch took a tour yesterday of the town that was once booming with business.

Retail stores such as Pick n Pay, OK and Weirs Cash and Carry and furniture shops offered relief to people such as Daniso who had families to support but no formal education.

Daniso now survives washing the cars of civil servants who work in Bhisho.

“Life was easier back then. One could do at least two jobs a day from different shops. Now we live in hard times, my brother,” he said.

“We wash cars for a living and sometimes owners just get into their cars and drive off without paying us.”

Liziwe Ndubela, who has lived in Bhisho Gardens for the past 25 years, said it was a painful experience to be a home owner in Bhisho.

“We have to go to King William’s Town for everything we need.

“We buy stale food from the spaza shop at the mall or pay R20 to go to and back,” she said.

Nokuzola Nolonyana said Bhisho was just a town in name but with all the markings of a village.

“We only have a supermarket here and we can’t do our groceries there because it is expensive. It is even more difficult for people who do not have cars who must do their groceries using taxis.”

Mbuyiseli Dondashe, from Esikobeni village just outside Bhisho, said besides jobs at the shops and offloading delivery trucks, they used to get money pushing trolleys for shoppers.

“We are hard labour people and the shops used to give us jobs. We live a really hard life now,” said Dondashe, who only went to school as far as Grade 1.

Lindela Matsoko, 57, said the furniture shops and banks had gone, with only one bank remaining.

Provincial government spokesman Sonwabo Mbananga said a Bhisho Revitalisation Plan was approved by the department of roads and public works in 2009 to “develop Bhisho into a vibrant administrative and political capital of the province”.

He said the masterplan identified a number of anchor projects, including a housing estate and office and entertainment precincts.

“Notice of vacating the various premises has been issued for various facilities in central Bhisho,” he said.

“The implementation of the commercialisation plan will commence soon with an advert being placed for certain categories of service providers that would enhance and strengthen the broader goals of the revitalisation plan.”

Mbananga said the space previously occupied by Pick n Pay would be vacated when the DRPW roads unit was relocated to the KWT offices. — zolilem@dispatch.co.za