How to avoid being a drip 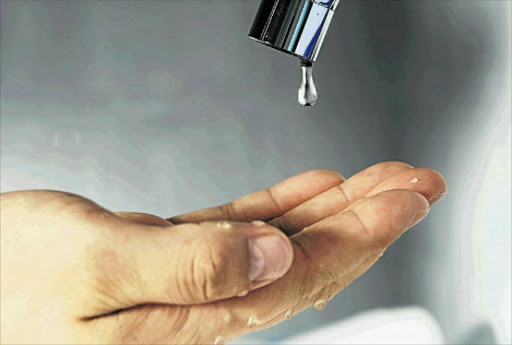 The recent rainfalls have brought widespread drought relief to the Eastern Cape, as dams that were drying up are overflowing once more.

Despite this, experts have warned that our joy may be short-lived if members of the public don’t come on board in the fight against the looming drought.

This year alone has seen widespread scares of water shortage across the province, with various towns introducing mandatory water restrictions to control the usage of water to avoid a possible crisis.

But some parts of the province were not as lucky.

Last month, Butterworth residents woke up to the reality that their town was completely out of water as the main dams supplying water into the town ran dry. Water was tanked into the town for weeks in order to sustain its residents.

In Buffalo City Metro, stage one water restrictions were implemented in July in an effort to save water, with officials predicting a drought status in the metro by next month, if water levels did not improve.

But thanks to heavy rainfalls which hit the province a week ago, the main dams supplying Buffalo City residents filled up, bringing up the dam levels to 62.6%.

This is in sharp contrast to this time last year, when average dam levels were at 75.3%.

BCM spokeswoman Bathandwa Diamond said residents should not relax as yet, as BCM was not out of the woods. Water supply in to BCM relies heavily on five dams, namely the Bridle Drift dam, Laing dam, Nahoon dam, Rooikrans dam and Sandile dam.

This week, dam levels rose once more, but figures are still slightly lower than dam levels in this month in 2016. Currently, dam levels are:

“We are out of danger, but the situation is still critical. We need to have more rain to have a significant impact on dam levels. We plead with people to use water sparingly and assist in all endeavours to raise awareness about our plight, whether be it in the form of conserving water or prayers,” Diamond said.

“Over the western half of the Eastern Cape, dams are down to 30% of capacity. The heavy rains a few days ago were only experienced over the eastern half of the province. We need at least 50mm in a 24-hour period to make any significant rise in dam levels.”

Sampson said one set of rainfall would not solve the water crisis.

Chairman of the Federated Hospitality Association of South Africa Cape region, Jeff Rosenberg, encouraged everyone to find new and innovative ways to save even more water than before.

According to Rosenberg, now is the time for all of us to “think out of the box” and come up with fresh ideas to help combat what he termed a monumental problem.

“And in turn, encourage smaller establishments to follow suit,” he said. “We need to become innovative when considering water usage cutbacks. Any idea to save water is welcome, we need more ideas.”

He said that ticking water-saving boxes was a unified effort that would take commitment and hard work.

“This ongoing mission is a task that requires everyone’s input. We are challenging everyone to do what they can to save water.”

Communications head at the Eastern Cape department of water and sanitation, Thandile Ngcume, provided informative and easy-to-follow tips of how to turn water-saving into a fun and practical exercise.

When using water inside the house people should:

In the garden, people are urged to:

“In order to achieve lasting results in conserving what’s left of our water, we all need to come on board and play our part in using this much-needed resource wisely.