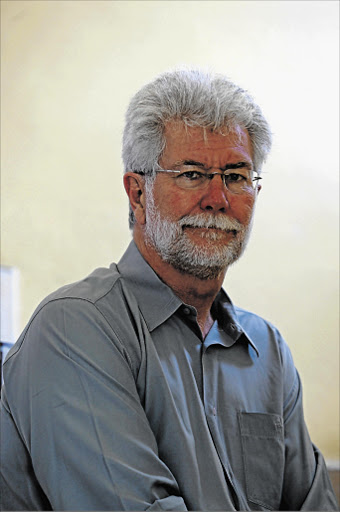 Brendan Boyle
The pleas of thousands of rural people who made difficult journeys to attend public hearings across the country are largely ignored in the amended version of the Traditional and Khoi-San Leadership Bill set to be adopted by the National Assembly this week.

Appeals for consultation, the right to decide the use of their own land, accountability for revenues earned off their land and a say over the boundaries that define their identities – and many other rights – receive, at best, cosmetic attention in the draft bill adopted by parliament’s co-operative governance and traditional affairs portfolio committee.

The bill – at least six years in the making – is the first major review of the rules that have, since the Traditional Leadership and Governance Framework Act was enacted in 2003, restricted 17 million people in former bantustans to second-class citizenship.

Most of those who were aware of the process had hoped the new bill would remedy the myriad problems introduced by the act. But even after detailed comments on the first draft of the bill, MPs have tabled a revised replacement law that makes things worse, not better.

Working with the Alliance for Rural Democracy, the Land and Accountability Research Centre monitored 20 of the 22 public hearings held between November and January. With upwards of 500 people at most hearings, many thousands of people turned out to tell their stories of anguish and disappointment at the untransformed reality of rural life, which feels to them a lot like it did under the bantustan regime.

Though every family and community brought the nuance of their own experience to the hearings, the common themes from Kuruman to KwaZulu-Natal included:

lChiefs act as if they own the land, but it is not theirs to sell, rent or give away;

lCommunities – not politicians, chiefs and their friends – should benefit from the development of the land;

lDecisions that affect people should be taken only after meaningful consultation based on custom, the constitution and the law;

lIt is rural people’s right to decide their own identities, irrespective of the tribal identities superimposed on specific areas during the creation of the bantustans; and

lTraditional councils must be more democratic, more representative and more accountable than they have been since the act came into force.

Measured against these demands, the draft bill sent to the National Assembly for adoption is a devastating disappointment to people who still hope to enjoy the equal rights and opportunities of the “one, sovereign, democratic state” promised by the constitution.

That promise of universal rights within a single state was broken when the 2003 act adopted the boundaries of apartheid’s homelands and imposed an unaccountable system of traditional governance within them. That betrayal is not remedied in the revised bill.

Traditional councils will still be dominated by appointees, with only 40% of members elected. (In practice elections have never taken place in many areas.)

Along with a raft of related laws working their way to and through parliament, the bill will enhance rather than moderate their influence within the tribal boundaries delineated in terms of the hated Bantu Authorities Act of 1951.

After scores of people at the hearings called for the abolition of apartheid’s bantustan geography in favour of voluntary affiliation to traditional communities within negotiated areas, MPs added clause 63(21) to permanently entrench the imposed boundaries of traditional communities. That last-minute amendment says the premier of each province must, within three years, survey and map the traditional areas imposed by the Bantu Authorities Act and entrench them by publication in provincial gazettes. There is no provision for consultation. Future changes will be decided solely by traditional councils and premiers. Like it or not, where you live will define who you are if your home is in a former bantustan.

Speakers at most of the hearings monitored by the Land and Accountability Research Centre asked for amendments to roll back the proposed powers of traditional leaders within these artificial enclaves and to assert the rights of families, villages and communities to decide their own fate. What they get is further delegation of powers to traditional leaders without the checks and balances that apply to ministerial authority.

Many argued eloquently that the Interim Protection of Informal Land Rights Act gives the occupants of communal land the right to withhold consent for any plan to use, develop or take away their land.

Chiefs, they argued, had no right to “represent” them in these decisions.

They were not heard. The bill now before the National Assembly gives traditional councils the authority to “enter into partnerships and agreements” with municipalities, government departments and “any other person, body or institution”, which could be a mine, a factory or a property developer.

In response to pressure from rural people and civil society, MPs added a requirement for “a prior consultation with the relevant community represented by such council and a prior decision of such council indicating in writing the support of the council for the particular partnership or agreement”.

As the only reference in the entire bill to any form of consultation of members of a traditional community about anything at all, this addition might appear to be an important achievement.

In fact, it is meaningless.

Consultation in terms of living customary law is never a single event. Decision-making is layered and, depending on the practice of the particular community, requires consultation at the level of the family, the village and the community.

The reference to consultation is so badly drafted that the role of the traditional council in relation to the community is irredeemably ambiguous.

Nor is any standard set for that limited reference to the will of the people. This grudging concession falls far short of the requirements set by the Constitutional Court, custom and statutory law.

And in its last phrase, the revision proposed to respond to the clamour for consultation hands the final decision back to the council by requiring confirmation in writing only of the council’s support, not that of the community.

Then there is the matter of accountability. Perhaps the most frequently repeated plea was for regular and transparent reporting to communities on income from the development of the land and on the use of that money. Earlier in 2017, Public Protector Busisiwe Mkhwebane reported that the Bapo Ba Mogale community in North West had lost at least R240-million in mining royalties through maladministration by their traditional council.

Former public protector Thuli Madonsela put that figure at R680-million in her interim report on the same investigation.

What both of them confirmed, however, was that decisions were made without meaningful consultation with the people whose land was traded away. Though required by law to do so, the auditor-general had never audited the accounts of this or any other traditional community, they said.

Not far from Bapong, the Bakgatla Ba Kgafela community has watched the Maluleke Commission unpeel layer after layer of collusion and maladministration that has stripped them of mining assets worth billions. Evidence before the commission showed how Kgosi Nyalala Pilane, using compliant courts to protect the secrecy of his dealings, swapped and sold Bakgatla assets, leaving the community bankrupt.

Both of these examples were playing out in the media as MPs considered whether to improve the first draft bill. They confirmed in real numbers the systematic asset-stripping so many had spoken of in public hearings. Despite knowing this, MPs lowered the standard for accountability and approved a bill that drops the auditor-general’s neglected obligation to vet community accounts. In its place is a nebulous requirement that they be audited by someone, with no explicit penalty for noncompliance. Yet these are public accounts where income from all community assets must be deposited.

Rural people have made their views about the very issues the bill has failed to remedy explicit in public hearings and through litigation, violent protest and the ballot box. The MPs and members of the National Council of Provinces who will shepherd this bill into law cannot claim ignorance of the history or what the amendments seek to achieve. They are supporting the bill with their eyes wide open.