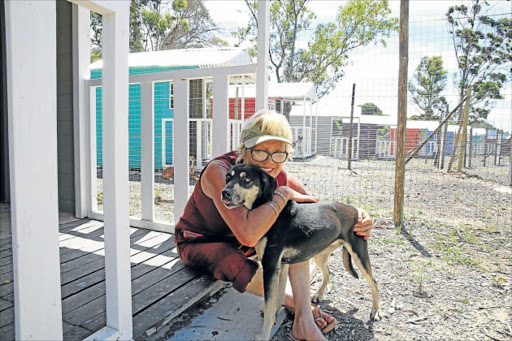 SETTLING IN: Pet Pals founder Sue Kriel welcomes Cleo to her new quarters at the sanctuary’s new Wilsonia home yesterday. By tomorrow, the relocation of about 190 animals should be complete Picture: ALAN EASON
Moving house is a known stressor, but transferring an animal shelter of 70 nervy cats and 120 boisterous dogs on a sweltering day takes nerves of steel and an unflappable disposition.