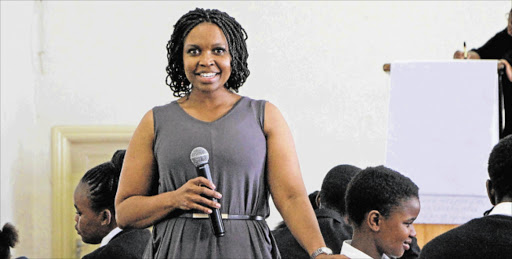 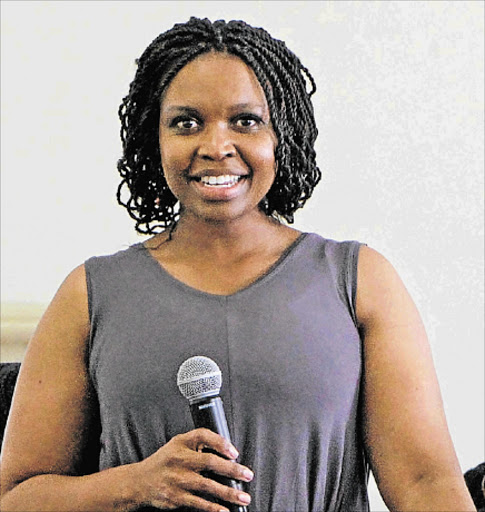 Cultural diversity creative Bathandwa Mcuba was in her home province this week to train and equip pupils from rural schools on the values of unity and diversity, social justice and equality.

The author, who was born and bred in Mdantsane, has made a name for herself nationally, educating young and old on the diverse cultures and heritage of South Africa.

She has developed a structured programme which she presents across the country, teaching people about the rich cultures of South Africa.

Mcuba presented her learning, unlearning and relearning programme in the Eastern Cape for the first time this week through a series of workshops on cultural competency from Wednesday until today for Grades 8 to 10 pupils in Alice.

Mcuba said after passing on her skills and knowledge in cultural competency and diversity to corporate and private sector companies for a while, she decided it was time to share her skills with school pupils.

When the Dispatch joined a class of 54 pupils from seven schools in and around Alice, Mcuba was conversing with the pupils on stereotypes and misinformed beliefs imposed on their cultures, as well as the ideas they held on other cultures and races.

Speaking to the Daily Dispatch, Mcuba said: “I found it more vital and fruitful to restore the youth we are raising by training them to fully embrace one another as leaders of tomorrow. If pupils are empowered and trained, they learn to be mindful of themselves and of their peers from other cultures and races, thereby changing the future narrative of our country.”

She said her work was to help pupils unlearn intolerance and misconceptions about races, which she believes perpetuate racism among different groups.

“I’ve discovered that South Africans are wounded, and if we have any hope for restoration, it will begin with embracing the cultures our country is made of.”

Mcuba is the author of Creative Culture: The Heart and Soul of South Africa, a coffee table book detailing the country’s rich cultural diversity and educating people on each one.

Mvano Mchuba, a Grade 10 pupil from Jabavu Senior Secondary School, said: “I’ve learnt how to live with and tolerate people who are different from me, and I believe this will change how I relate with others and accept them the way they are.”

Awonke Mguba, a Grade 8 pupil from Mpambani Mziba High School, said she had learnt not to pass stereotypical judgments on people based on their culture and race.

“I’ve been taught about the importance of respecting other cultures and not being reckless with my speech and thoughts.”

Mcuba said: “Reconciliation is not a once-off event – it requires education that will break the cycle against tribalism, racism and prejudice.

“With a bit more understanding, we can all learn to understand and embrace our differences, and live more meaningful, informed lives.” — nonsindisoq@dispatch.co.za