Water still a luxury for many living in EC 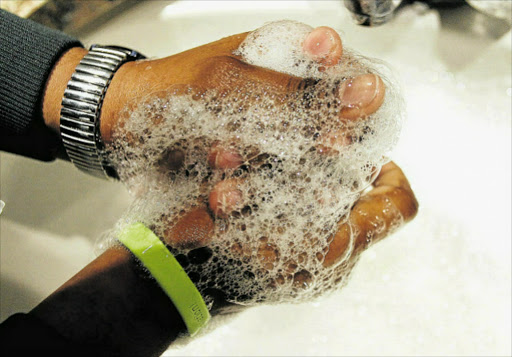 LIFE-GIVING: Some can count themselves lucky to access water from taps Picture: SIMPHIWE MONAKALI
Access to clean drinking water remains a luxury for many people living in the Eastern Cape.

Provincial health spokesman Sizwe Kupelo warned earlier this week that listeria could be found in streams and rivers. However, many people don’t know how to avoid the dangers this bacteria presents in these water sources, they need to survive. A small community living in a squatter camp near Dorchester Heights relies on water from a stream hidden deep inside dense bushes.

Phumzile Ndeleni said the community members knew the water they survived on was germ-infested, but they had no alternative. “All sorts of diseases and germs live in this water we drink, but we’re desperate. We’ve been living like this for years. We keep hearing about this listeria, but we don’t know how else to survive.”

Ndeleni and other community members took the Saturday Dispatch to the stream they draw their water from.

The stream is more than a kilometre away from their shacks. It appears to be run-off that flows from a train goods shed a short distance away.

Buyisile Kosani said he drinks the dirty water, because walking to town to access taps from a garage was too much for him.

“I can’t walk too far because I’m old now. But that drain water is dirty, it’s full of chemicals. We wash our clothes with it, bath with it, and drink it.”

The Saturday Dispatch also talked to people from villages in other parts of rural Eastern Cape, and found the quest for clean water remained a daily struggle.

Nosizile Mathibase of Gqubeni village outside Mqanduli said she was not aware that there was an outbreak of disease which could be found in water.

“I didn’t know about this, and now we’re worried because the water we drink comes from a river we rely on.

“Cows, donkeys and horses also graze there. The struggle for clean water is a daily one. We don’t even know what we’re consuming, but we can see that it’s dirty.”

Mvulazana Mathayi of Walaza village in Sterkspruit said their village had been without water since December. The drinking water that they had had access to was as a result of an initiative by a villager who built a prepaid water-tank for the community.

“Before this tank, we didn’t have water for years. The water tank has brought massive relief, but on months when its broken, we go back to the dirty open quarry with its muddy water.

“We’ve heard about listeria and we’re so worried.

“Always wondering what sort of diseases we might be contracting from the water we drink, but we don’t have any other choice. We’re trying to survive”, she said. — nonsindisoq@dispatch.co.za