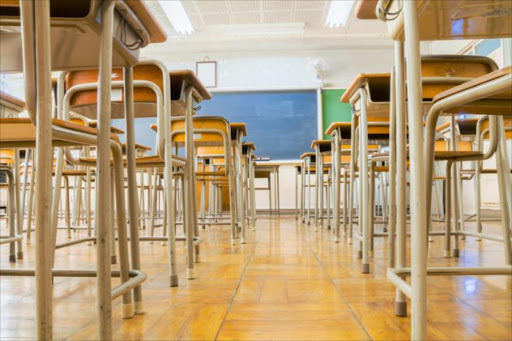 school-desks
One of the worst school grades for failure in the province is Grade1. This “Grade 1 crisis” was revealed by Eastern Cape education MEC Mandla Makupula late last week.

Now the third-worst has been established as Grade 1.

This year, once again, the province has budgeted to spend far more on education – R34.7-billion of the province’s total R78.2-billion – than on any other department.

Most of the Eastern Cape’s Grade 1 pupils are only seven years old when they experience academic failure for the first time.

The Grade 1 failure rate came to light when Makupula presented some of the findings from a performance assessment report on pupils throughout the country.

Makupula said the province had the highest failure or “repetition” rate for Grade 1 children in the country.

A graph in the report shows that the repetition rate for Grade 1 for the entire country was sitting between 15% and 20% which was the lowly position held by the Eastern Cape.

In the province, the failure rate diminishes after Grade 1 to less than 15% between Grade 2 and Grade 7.

A total of 200000 pupils across all grades in the province failed in 2016, which he said cost the department R2-billion.

The performance assessment report comes less than three months after a study conducted by the Progress in International Reading Literacy Study (Pirls) revealed that 80% of Grade 4 pupils in South Africa cannot read for meaning.

Makapula cited one of the causes of the crisis as overcrowded classrooms.

More than 20% of Grade 1 pupils were crammed into classes of more than 50 pupils.

“This is an awful situation for the entire country.

“You cannot tell me that children only just starting school can fail to that extent.

“I mean, there is not much schoolwork to do in that grade.

“This failure rate is very high and this shows that we are missing something as a country,” said Makupula.

The Dispatch recently reported that 70000 of the pupils who registered for Grade 10 in 2015 had dropped out of the schooling system.

Education committee chairman in the Bhisho legislature Mzoleli Mrara blamed the crisis on the failure to properly manage grade transitions and prepare pupils from one phase or grade to the next.

Mrara said there was no proper transition from Grade R to Grade 1.

He said there was a lack of qualified teachers for Grade R, with some schools not even offering Grade R.

“In some Grade R classes you would find that the required curriculum is not being taught or that there is no teaching happening at all.

“Instead, children are made to sleep and play the entire day.

In response to the findings, Makupula said the department conducted an analysis to find the root problem, which was overcrowding.

Some of the department’s 2018-19 budget will be channelled into improving the foundation phase.

lIn his budget speech on Wednesday, finance MEC Sakhumzi Somyo allocated R785.5-million to be spent on foundation phase education, saying: “Our entire society is affected by our education system and thus we should pay particular focus to the foundation phase.”

He allocated R731.2-million to be spent on pupil support material and furniture and R215-million for teacher training, stressing that this “included training of early childhood development educators and practitioners”.

The education department’s R34.7-billion allocation is R11-billion more than the next sector –health – at R23.7-billion.

A staggering R23.5-billion will be spent on educator post provisioning. — arethal@dispatch.co.za