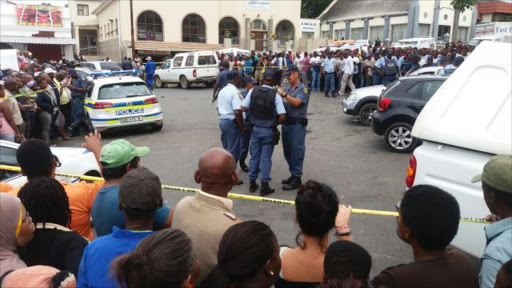 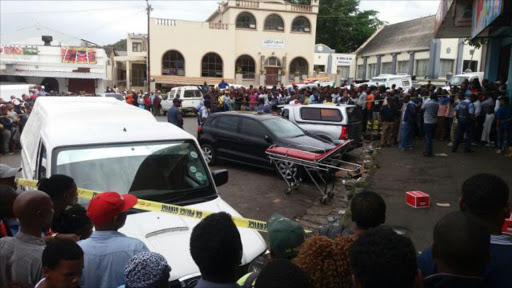 A targeted businessman has allegedly shot and wounded two armed robbers during a business robbery at his Buffalo Street wholesale store in East London today.

The two suspects, in hospital under police guard, were shot by Somalian sweet shop owner Abdul Osman, during a heavy exchange of gunfire earlier today.

Osman, who owns Emthini Sweet and Chips store, said this was a second attempted robbery in seven days.

The incident took place this afternoon when three armed robbers ambushed Osman while he was about to take money to the bank in his NP 200 Nissan Bakkie.

The third suspect ran for his life.

The police are still combing the scene and taking statements.