IN CASE YOU MISSED IT: 90% government farms failed 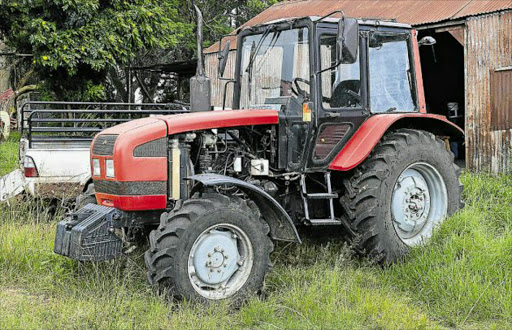 Only 26 of the 265 farms that government bought for more than R1.4-billion for budding Eastern Cape farmers are viable – with the rest in a state of dereliction.

National government bought the farms for beneficiaries who had applied as part of its proactive land acquisition strategy (Plas).

While government had hoped that the farms would change people’s lives, it had the opposite effect in many cases, with communities worse off after government’s intervention.

This is because the once thriving farms, some of which were commercial enterprises, are now in ruin with farmworkers who were once employed, now jobless.

The Department of Rural Development and Land Reform (DRDLR) confirmed yesterday that only 10% of the 265 farms that were bought were being successfully run.

Government has also threatened to terminate leases and institute civil action against beneficiaries found to be responsible for the dilapidation of farms. The farms would then be given to the next person on the list of applicants.

But DRDLR director of strategic land acquisitions Ncedisa Gongxeka said the farms were not highly-successful when they bought them.

“They were struggling, some on the verge of bankruptcy,” said Gongxeka.

He said a service provider had been employed to conduct an in-depth analysis of the status of the Plas farms.

“However, from the information available to us, about 136 farms should be working farms.

Last week, the Saturday Dispatch reported on how some of the farms are now in a state of ruin.

Many of the farmers interviewed by the Saturday Dispatch blamed the department for not assisting them financially and throwing them in the deep end, saying they were not equipped with the necessary training to successfully run their newly acquired farms.

The Dispatch has been reliably told that some of the farms were bought for up to R35-million each.

But despite much of this money having gone up in dust, some farmers have managed to turn their land into profitable farms.

Two farmers told of how their love for working the land and putting in the work had made them successful.

Unlike the farmers who laid the blame squarely on government’s door for their failed farms, the two livestock and crop farmers said they were happy with the state’s support.

Riversdale farm in Tylden, 20km outside Komani, is leased to Thembinkosi Xamesi and has more than 200 cattle, 200 sheep and 180 goats.

The farm, bought by the department in 2010 for R7-million, has produced beyond expectations.

“I came to this farm when it was bought by the department in 2010.

“I had 34 cattle and today I am happy to say I have close to 200 Bonsmara cattle, three prized bulls and a number of Nguni cattle,” said Xamesi.

He said farming was not for everyone.

“White commercial farmers are successful in their farms because they love farming and they know that it’s their only source of income.

“You can’t run a farm while you are still staying in the suburbs. This is not a factory, it’s a 25-hour business where you have to protect your farm from thieves and invaders.

“All in all, you have to be hands-on,” said Xamesi.

But Xamesi said his biggest challenge was huge electricity charges.

“I had to cut my electricity supply and use generators to run this farm. I can’t afford to pay more than R30000 every month for electricity.

“Many farmers have closed their farms because of this and if we can get solar panels or alternative energy we can be productive farmers,” he said.

Xamesi, who is also a seasonal crop farmer, has five permanent employees and employs at least 50 people during harvesting season.

“Today we are doing a provincial- wide assessment of farms that we have embarked on.

“Leases will be terminated and/or civil action taken where farmers are found to be in the wrong.

“, re-allocation of the property to other applicants implemented once termination has been finalised,” said Pityi.

He said the development of the farms was subject to availability of funds.

“Farmers are advised to source funding from the department of rural development and agrarian reform, which has a co-mandate to develop farmers,” he said.

And while it has been proven in most cases that those given the farms failed to make them profitable, Pityi said: “We are on a drive to sign 30-year leases with the farmers.”

Thabang Sefoloko, of Bazolele Trading in Matatiele, which was bought for R4.7-million, said the government should keep on supporting black farmers.

But National African Farmers Association’s Pumza Vitshima, representing many of these emerging farmers, implored government to do more.

“Farmers need to be careful when reading these documents as this will bind them. Government must also be hands-on on these farms,” said Vitshima. — bonganif@dispatch.co.za