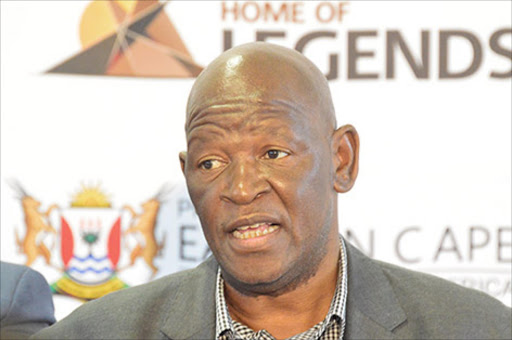 Jan6Makupula3
The Eastern Cape education department has moved its projected eradication date for all mud schools in the province back a year – and even that is a maybe.

This means pupils at some of the 426 remaining mud schools in the province have up to four more years – instead of three – of having to contend with a non-conducive and humiliating learning environment.

Education MEC Mandla Makupula, who announced the move recently at the Bhisho legislature, said of the 426 mud schools in the province, 367 were identified for the national Accelerated Schools Infrastructure Delivery Initiative (Asidi), while 69 were allocated to the province to be dealt with through a conditional grant.

“It is estimated to be eradicated by the year 2022, but it is dependent on the circuit school landscape plans to identify if the school in the plan are viable and the availability of budget,” said Makupula.

“The department allocates and implements projects to mud schools not attended by existing Asidi projects.”

Thousands of children also are subjected to grossly inadequate sanitation services – such as those that resulted in the death of a five-year-old pupil at Luna Primary School last month. The provincial department does not appear to have a clear plan on ablution facilities, if Makupula’s written reply is anything to go by.

He said there was no widespread provision in place for pupils in Grade R to be accompanied to lavatories to ensure their safety.

However, at Luna Primary School the department has now appointed a person to accompany pupils “because of the unfortunate incident”.

The department said a contingency plan included demolition of all inappropriate ablution structures but no concrete plan to replace them with anything was presented.

The Dispatch reported two months ago that the deadline date to eradicate mud schools and provide basic services such as water and sanitation to schools through the national government’s Asidi had been extended to 2021. The rationalisation programme, which entails the closing down of small, unviable schools and merging them with bigger and viable schools, has seen the number of inappropriate structures set to be replaced through Asidi being reduced from 510 to to 363.

Basic Education spokesman Elijah Mhlanga said all outstanding projects were set to be completed in 2021, subject to the availability of funds.

Asidi, an initiative to eradicate school infrastructure backlog by building safer and proper schools and provide schools with basic services such as water, sanitation and electricity, was established in 2011 by Basic Education Minister Angie Motshekga.

When it was established, R1-billion was set aside to replace 510 mud and unsafe schools by this year.

However, the project was marred by a series of delays and as a result only 187 schools have been built so far. — zingisam@dispatch.co.za