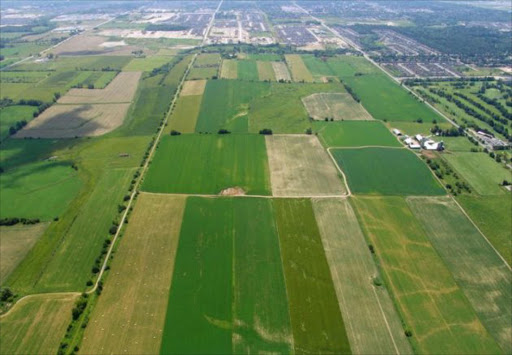 Experts in land reform policy said restitution for land dispossession is not feasible; the obstacles to land reform are political‚ not legal; and policy makers need to determine what their goal is for land reform before moving forward Picture: 123RF/Helen Filatova
The debate on land reform is based on a misunderstanding of what can be achieved‚ experts said at a University of Stellenbosch Business School panel discussion on Thursday.

Experts in land reform policy said restitution for land dispossession is not feasible; the obstacles to land reform are political‚ not legal; and policy makers need to determine what their goal is for land reform before moving forward.

Professor Ruth Hall‚ from the University of the Western Cape’s Poverty‚ Land and Agrarian Studies Unit‚ said land restitution is “politically untenable” because processing current claims is expected to take well over 100 years.

“The state is going to have to think again about how it approaches this issue‚” she said.

Advocate Tembeka Ngcukaitobi said restitution efforts had failed and that redistribution would be more expedient. Ngcukaitobi suggested the land reform process should avoid legal proceedings‚ instead opting for an administrative process.

Additionally‚ the market-based approach should be abandoned‚ Ngcukaitobi said. “There is no system‚ in any post-colonial world‚ where a willing seller-willing buyer...approach has worked‚” he said.

Hall pointed out the lack of public oversight in the land reform process and the fact that very little redistributed land has gone to women.

While Hall and Ngcukaitobi said most of the impediments to land reform are to do with political will‚ Dr Aninka Claassens‚ a researcher and director at UCT’s Land and Accountability Research Centre‚ pointed out that land expropriation without compensation is already a reality for some.

Claassens said when the government grants mining rights to companies‚ it also gives away the surface rights to the land.

“Expropriation without compensation is happening on a routine basis‚ and it’s happening to poor black people‚ not to rich white people‚” she said. “And basically it’s happening in all the areas used by mining in South Africa. Does mining have to be at the expense of poor‚ rural black people?”

The debate‚ Hall said‚ is between the Economic Freedom Fighters’ view that all land should be nationalised and redistributed and the ANC approach of taking it on a case-by-base basis.

Hall said she expects the coming years to include a series of Constitutional Court test cases to determine when land could be expropriated without compensation‚ and when compensation would be due to landowners.

Dr Litha Magingxa‚ an agricultural economist at the Land Bank‚ said to move forward there would be have to be an increased focused on transparency‚ supporting those who are allocated land and making sure they have adequate water resources.

“We don’t...expect to be talking about land reform forever‚” he said. “When are we going to stop? What is our target?”