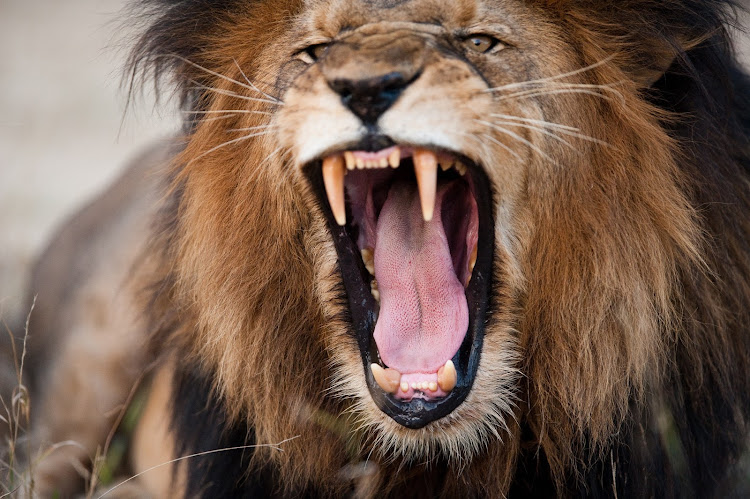 At least two alleged poachers‚ maybe even three‚ were killed by a pride of lions on the Sibuya Game Reserve outside Kenton-on-Sea in the Eastern Cape this week.
Image: 123RF

At least two alleged poachers‚ maybe even three‚ were killed by a pride of lions on the Sibuya Game Reserve outside Kenton-on-Sea in the Eastern Cape this week.

This was revealed to HeraldLIVE by reserve owner Nick Fox following the discovery of human remains in the lion camp on the reserve earlier this week.

A hunting rifle with a silencer attached and a long axe and wire cutters were recovered at the scene by police. Fox said he suspected more than one person was attacked by the lions – based on the evidence found on the scene.

“Judging from the shoes and items found on the scene‚ I suspect it is about two or maybe three (alleged poachers) who were killed. The remains were scattered over a very wide area making it difficult to comb the scene and get all the evidence‚” he said.

Lions on the Sibuya Game Reserve outside Kenton-on-Sea in the Eastern Cape are believed to have killed a suspected rhino poacher who was attempting ...
News
3 years ago

Fox added that he suspected alleged poachers had entered the reserve on Sunday night or early Monday morning.

“They were obviously poachers. The axe that was found on the scene is what is used to by these poachers to hack off the horn after they kill the animal. Judging by the number of shoes and evidence on the scene‚ I estimate at least two or maybe three were killed.”

Police spokesperson Captain Mali Govender said that investigators and specialists had combed the scene and managed to retrieve remains which were taken by the department of health for forensic testing on Wednesday morning.

“The firearm has been taken by police and will be sent to the ballistics laboratory to establish if it has been used in any other poaching or crimes.”