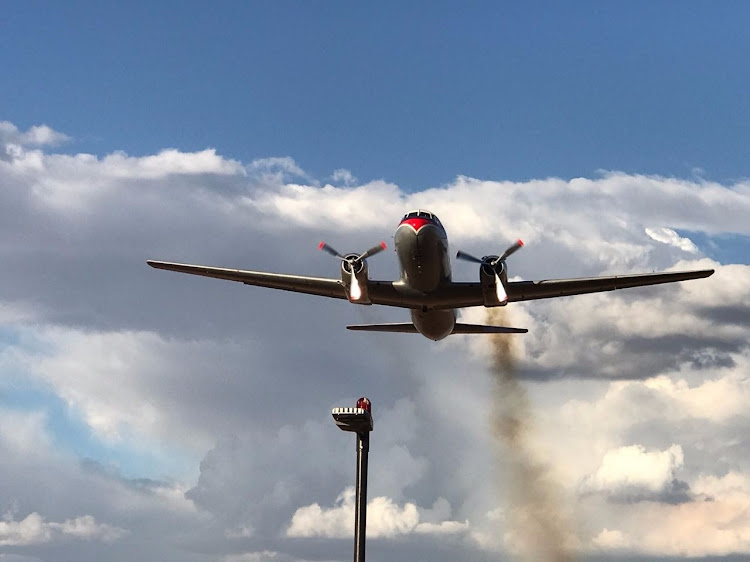 Approximately 20 people have been injured in a plane crash north of Pretoria.
Image: Supplied

The passenger aircraft that crashed outside Pretoria‚ killing one person and leaving several others injured‚ was formerly used for luxury air safaris.

Two pilots were critically injured and a passenger suffered a double amputation in the crash‚ north of Pretoria‚ late on Tuesday.

One person was killed‚ the two pilots critically injured and a passenger suffered a double amputation in an airplane crash north of Pretoria late on ...
News
4 years ago

The aircraft was formerly operated by Rovos Air as part of a small fleet ferrying passengers on nostalgic air safaris in southern Africa in conjunction with train journeys undertaken by Rovos Rail.

Brenda Vos‚ communications manager at Rovos Rail‚ said the aircraft – a Convair 340 that first flew in 1954 - was sold to Aviodrome‚ a Dutch Aviation Museum‚ a “couple of months ago”.

“We had tried to launch Rovos Air as an alternative product to our luxury trains but we did not have much success in that space‚” Vos told eNCA  on Wednesday.

“We tried to sell the aircraft but there is not much interest in vintage aircraft anymore.”

She said there had not been any safety concerns regarding the plane. “The plane‚ as far as I know‚ had passed all the tests‚” Vos said.

She said it had been carrying a Dutch team and it was due to be taken to the Netherlands.

Airmag.com reported that Rovos Rail had introduced aircraft to their luxury rail tours in 2001 with the intention of ferrying passengers to Victoria Falls.

Aviodrome planned to publish live updates and videos tracking the progress of the aircraft’s journey to the Netherlands on its website.

“The aircraft‚ built in 1954 was donated to Aviodrome by the South African owner‚ Rovos Rail‚” said a post by the museum on its website. The aircraft was expected to fly through Africa and onto Europe to its new home base. The museum had contributed to the €350‚000 cost of preparing the aircraft for the flight‚ which included purchasing spare parts and the cost of the crossing.

“South African Rovos Rail offered luxury air safaris in a Convair across southern Africa until 2009. They did this in combination with organised train journeys. Due to various circumstances the device became redundant for Rovos Rail and it was for sale. In March 2018 it became clear that the owner wanted to offer the Convair a good future and that is why he decided to donate the Convair to Aviodrome.”

Aviodrome said in an update that it had received the “tragic news” that it had crashed on take-off in South Africa.

A second Convair in the fleet went to the Historical Aircraft Restoration Society in Australia after 18 months of restoration.

These type of aircraft were a boost to air travel over longer distances after the Second World War‚ offering passengers improved comfort and a pressurised cabin.

An aircraft crashed 1km east of the N4 in Derdepoort and about 8km east of the Wonderboom Airport on July 10 2018. One person was confirmed dead and 19 injured.