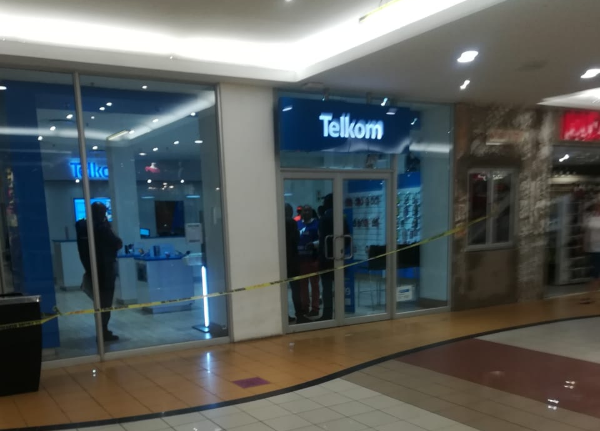 The Telkom mobile store at Vincent Park Mall in East London was the target of armed robbers.
Image: Bhongo Jacob

The Telkom mobile store at Vincent Park Mall in East London was the target of armed robbers on Thursday morning.

An unknown number of men forced their way into the store.

It is claimed that they made off with cellphones.

The store was closed and police had cordoned off the area around it when DispatchLIVE arrived at the scene.

Police spokesman Captain Mluleki Mbi said police are still busy at the crime scene and would only comment later for more details of the crime. This is a developing story