Second EL mall hit by robbers in one day 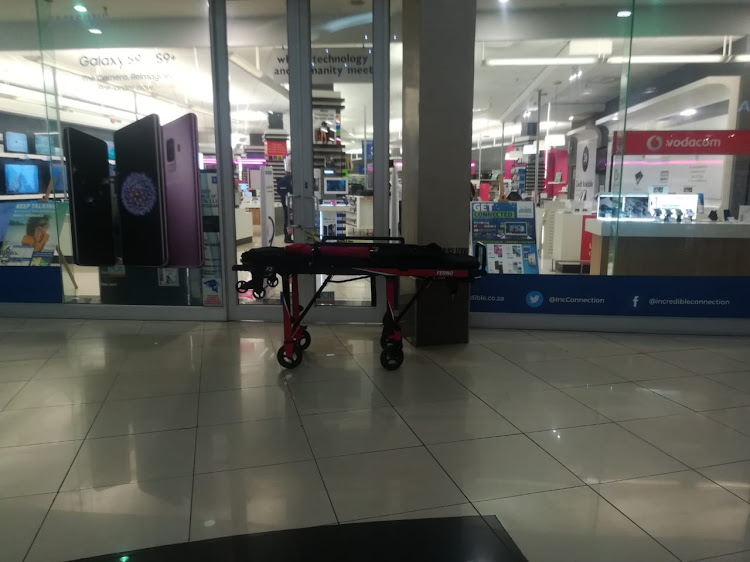 Incredible Connection store in Hemingways Mall was robbed by a gang of five.
Image: Bhongo Jacob

A second store has been robbed by a group of armed men in two East London malls on Thursday.

There was speculation that this was the same gang that robbed a Telkom Store of an undisclosed number of mobile devices earlier today in Vincent Park Mall.

"Five suspects held staff at gunpoint at the back room and made off with the latest mobile devices. We can't rule out that it's not the same guys that robbed Telkom earlier."

DispatchLIVE arrived 30 minutes after the Hemingways robbery and the store was closed.

The security manager at the mall and store manager refused to speak to the media.

The Telkom mobile store at Vincent Park Mall in East London was the target of armed robbers this morning.
News
3 years ago