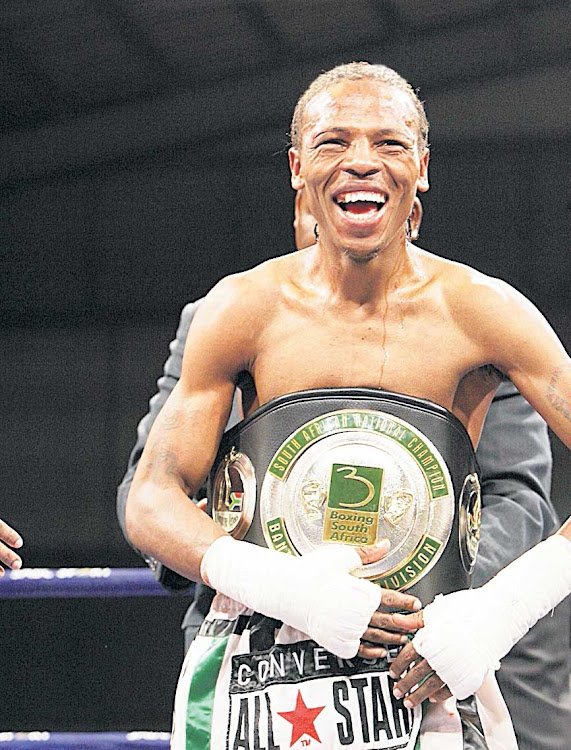 Boxing champion Manelisi “Leli” Mbilase was stoned to death by community members in Mdantsane after he was caught robbing two women of their belongings recently.

Mbilase, 40, and two of his friends fled, but the community chased them down and apprehended Mbilase in the bushes where they assaulted him with stones.

Screaming, singing and ululating, the community members took turns to beat him up before loading him in a wheelbarrow and left him by the government building.

Police were called and he was rushed to Cecilia Makiwane Hospital where he was certified dead. Mbilase carved his boxing niche in the ring when he fought the best in the game including former IBF world champion Malcolm Klaasen.

Trained by former world champion Welcome Ncita, Mbilase bounced back after his loss to Klaasen to win the SA featherweight title by beating Thando Vukuza in Carltonville in 2008.

He lost the title to Vukuza in a rematch a year later and summarily quit boxing.

He got involved in crime by robbing people of their belongings with his gangster group terrorising communities in in Mdantsane units of NU1 to NU3.

His brother Vumile Mgunundu confirmed that his brother was part of a gang which robbed people.“I think he succumbed to the life of drugs,” he said.

“All he wanted was to get a fix and he would do anything to get it.”His former trainer Lunga Sikonyela said he was surprised by the life Mbilase had chosen after quitting boxing.

“He was such a cool boxer who liked to joke around and hated alcohol and smoking,” he said.Sikonyela said an association called Ubuntu Boxing Fraternity involving former boxers and boxing community had been formed to empower former boxers

.“Boxers are left to fend for themselves after their fighting days and we want to empower them so that they have something to fall back on.”Mbilase will be buried on August 11 from his NU1 home in Mdantsane.