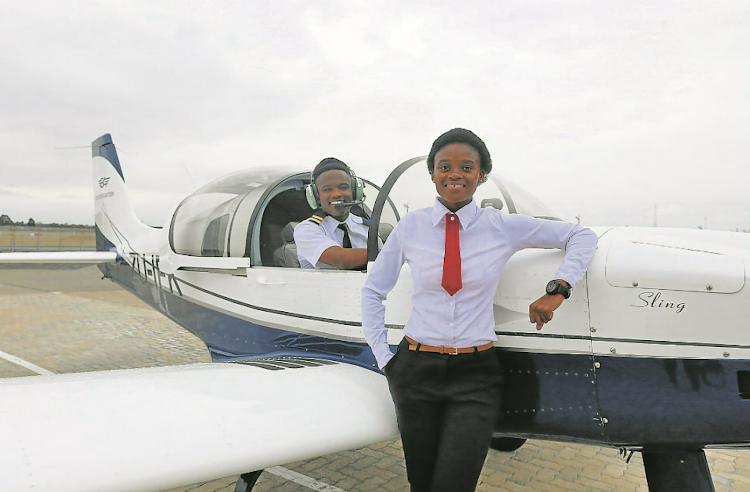 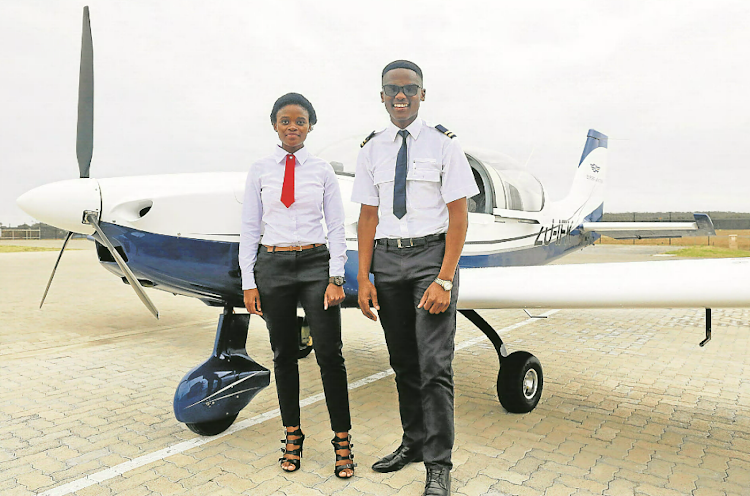 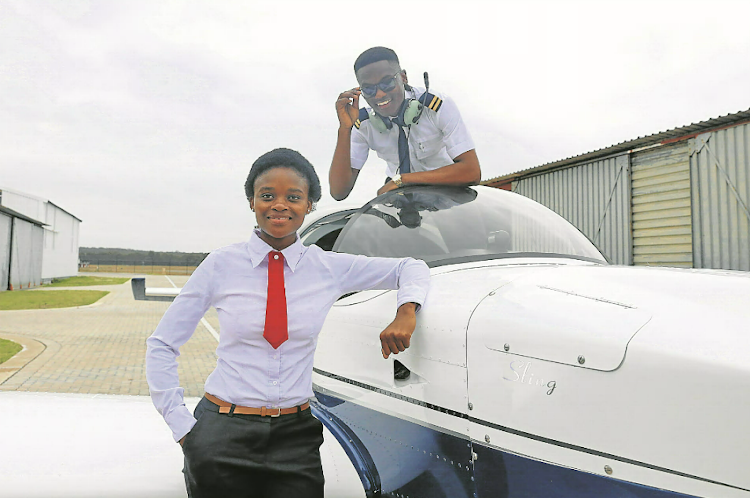 “I cannot drive but I can fly.”

These are the words of Sisipho Nofemele, 20, from Upper Xongorha in Mthatha, who is one of three black women who have learnt to fly at the Border Aviation Club and Flight School under chief flying instructor Shane Smith.

While Nofemele is still studying towards becoming a pilot, Siyakholwa Zazini, 21, qualified two weeks ago.

Zazini, a matriculant from Solomon Mahlangu in Mdantsane NU13, has his private pilot licence, and with the help of the department of transport, he will be pursuing his commercial pilot licence.

“Failing my matric the first time didn’t discourage me from following my dreams. I repeated because I knew what I wanted for my life,” Zazini said.

Nofemele, a former pupil from Khulanathi Senior Secondary School in Mthatha, said she was in Grade 10 when she left school for Port Elizabeth in pursuit of better opportunities.

“I was seven when I knew that I wanted to fly, and since that day I spent all of my life working towards today. At the time there was a helicopter hovering over our village and I just knew that was what I wanted to do with my life.”

Nofemele, a go-getter, moved to Pretoria after matriculating from Qaphelani High School in Port Elizabeth and enrolled at Loutzavia Flight Training Centre at Wonderboom but, because of financial constraints, had to put her dreams on ice.

Nofemele then went to the Eastern Cape office of the premier (OTP) for help.

She said at that time all she could think of was her 63-year-old mother drawing the last bit of her pension money so she could have a better life.

“Last month I enrolled at the Border Aviation School thanks to the OTP, but I still need funding for next year and I also incur a lot of expenses with rent and groceries, being away from home, and even with the R100,000 they helped with, I need more sponsors,” she said.

Smith said in the two years he had been training pilots, he had taught eight women and Nofemele was one of three black women under his watch.

OTP spokesperson Sizwe Kupelo said: “We are proud of the two students’ accomplishments.

“The premier’s office is supporting a number of youth-related programmes where we see deserving students from disadvantaged communities.”

Get the news in your inbox
Next Article