How SARS was ‘paralysed’ under Moyane 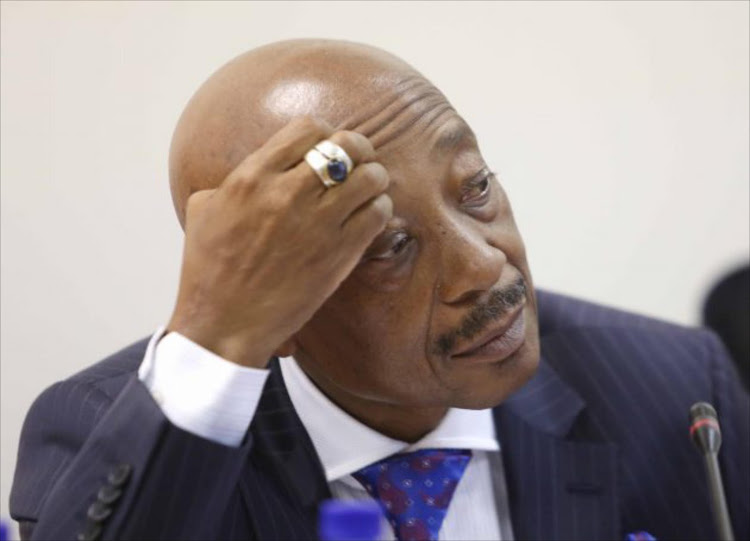 A highly specialized unit that dealt with the tax affairs of complex multinationals and local conglomerates was left stripped and fragmented under now-suspended SA Revenue Service commissioner Tom Moyane‚ an inquiry has heard.

What was left of the entity was packaged and delivered to Moyane’s right-hand man at the time‚ Jonas Makwakwa‚ who oversaw the dismantling of key functions in combating tax evasion and the illicit flow of cash‚ according to testimony.

The deconstruction of the revenue collector’s Large Business Centre under Moyane’s new operating model last week came under the spotlight at Judge Robert Nugent’s commission of inquiry into tax administration and governance‚ where witnesses described the resultant decline in the relations between the institution and taxpayers.

The LBC was once seen as the key cash-generating segment at SARS‚ accounting for about one-third of total annual revenue.

It addressed offshore illicit trading‚ base erosion and profit shifting‚ and trade mispricing.

It also saw the highly skilled staffers at the unit scattered‚ and many others resigned.

Former SARS group executive Randall Carolissen told the inquiry this week that the LBC was “fragmented”‚ and its pieces placed under another division‚ Business and Individual Taxes (BAIT)‚ headed by Makwakwa.

“The LBC is no longer a segmented specialised unit. It is now‚ as I said earlier‚ split across enforcement‚ stakeholder management‚ legal‚ BAIT and some parts in strategy‚” Carolissen said.

Moyane disciplinary inquiry to go ahead as usual‚ says Presidency

The Presidency on Monday said nothing has changed regarding the disciplinary inquiry into suspended tax boss Tom Moyane. This is after Moyane’s ...
News
3 years ago

“Then the general state of health of an organisation is measured by its debt book and its credit book. Since roughly about 2015‚ the debt book has soared 50% from about R85-billion to R135-billion‚ and most of those debts are in the LBC environment.”

One of the divisions in the LBC that suffered a detrimental blow was the transfer pricing unit. Nishana Gosai‚ who resigned as the unit’s manager in 2016‚ said she was never consulted when the new model was introduced.

“Out of the transition phase of this new structure‚ we experienced almost a paralysis in decision-making. I was at my wits’ end‚” she told the commission.

In the 2016/2017 financial year‚ the transfer pricing team completed 30 cases and their revenue yield was R2.57-billion. But a year later‚ only 22 cases were completed and the revenue yield dropped to R1.87-billion.

“I think a lot of people have suffered. It has broken people and it has broken the organisation and people need healing…We got caught up in a political narrative that we shouldn’t have been part of in the first place‚” she said.

Ettiene Retief from the South African Institute of Professional Accountants‚ which represents about 10‚000 accountants in the country‚ told the commission how the organisation’s members who frequently deal with SARS on behalf of clients have been affected by the structure.

“The nature of these multinationals is a lot more complex‚ so when you are dealing with a complex matter and the person on the other side is not well-versed in that legislation or application…it’s problematic. It was very evident from multiple engagements that the skill level just isn’t there.”

But there may be change on the horizon. On Friday‚ SARS announced that acting commissioner Mark Kingon has begun a process of re-establishing the LBC. Hlengani Mathebula‚ chief officer for governance‚ international relations‚ strategy and communications‚ has been tasked with leading the process.

Dali Mpofu has hit out hard at Cyril Ramaphosa‚ saying that the president was not being fair to suspended SARS boss Tom Moyane.
Politics
3 years ago