Jacob Zuma not applying for cross-examination at state capture inquiry 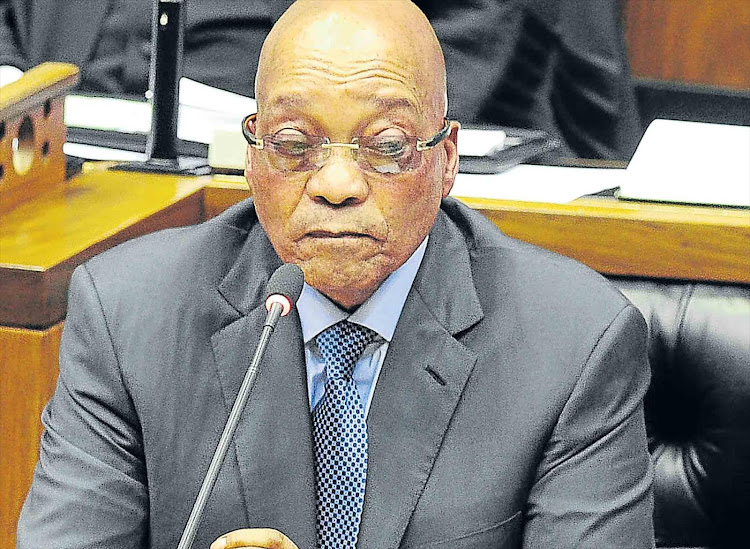 Former president Jacob Zuma will not be applying to cross- examine any of the witnesses in the state capture inquiry
Image: File

Former president Jacob Zuma has not formally applied to cross-examine any of the state capture commission witnesses – but his son Duduzane and two of the Gupta brothers have filed such applications.

TimesLIVE has established that Zuma’s lawyers have written to the commission‚ saying that he does not believe he has criminally or ethically been implicated by the testimony of former deputy finance minister Mcebisi Jonas‚ former ANC MP Vytjie Mentor‚ former government communications head Themba Maseko or his deputy Phumla Williams.

Two weeks ago Jonas testified that a Gupta brother told him that the family “looked after” Brown. She wants the right to cross-examine Jonas on this statement. The comment was allegedly made in 2015‚ at a meeting where Jonas claims the Guptas tried to bribe and threaten him into taking then finance minister Nhlanhla Nene’s job.

Deputy Chief Justice Raymond Zondo‚ who is heading the commission‚ told Brown’s lawyer that her application “might not be properly considered” until she is implicated.

Advocate Mike Hellens SC‚ who leads Ajay Gupta’s legal team‚ told Zondo that the Gupta patriarch had provided affidavits “setting out his version of events” in regard to the evidence given by Maseko and Mentor. Hellens has represented Jonas and therefore will not represent the Guptas in their bid to cross-examine him. Instead‚ Advocate Dawie Joubert will argue for Gupta brothers Ajay and Rajesh‚ and Duduzane Zuma‚ to be given the right to cross-examine Jonas. While Duduzane Zuma has indicated that he is prepared to take the stand‚ Ajay Gupta’s attorney Rudi Krause says he wants to give his evidence “outside of South Africa” because of his “mistrust” of local law enforcement officials.

Hellens has already made it clear that the Guptas’ legal team will strongly argue that the right to cross-examine should not be linked to appearing at the commission “in South Africa” to testify. Gupta has been defined as a “fugitive from justice” by the Hawks‚ who say he will be arrested as soon as he sets foot back in South Africa.

Controversial arms deal advisor Fana Hlongwane‚ who Jonas says witnessed a Gupta brother try to bribe him‚ and later threaten to kill him‚ has also applied for the right to cross-examine Jonas – as has Major General Zinhle Mnonopi‚ the Hawks officer who Jonas said tried to “kill” the criminal case linked to his evidence.

Zuma’s former PA Lakela Kaunda has also applied for the right to cross-examine Mentor about her evidence that she had arranged for Atul Gupta to ferry her from the airport to a meeting with Zuma. Mentor has testified that Ajay Gupta offered her the position of public enterprises minister at that meeting‚ in exchange for her killing the SAA route between Johannesburg and India. The hearing continues.