Bheki Cele rolls up sleeves for summit on crime prevention 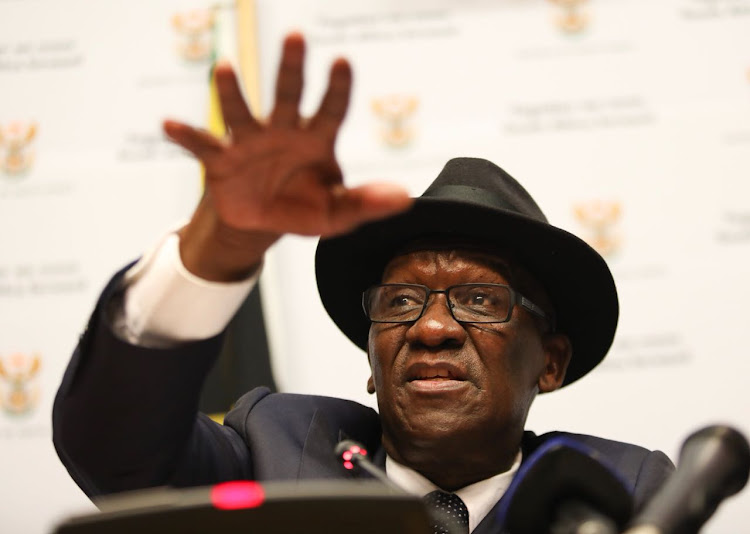 The summit in Boksburg seeks to create a joint vision on safety and will provide a platform for experts to discuss the 2016 White Paper on Safety and Security.

It comes hard on the heels of bleak crime statistics released on Tuesday‚ indicating that serious crimes‚ including murder‚ attempted murder and sexual offences‚ were increasing. In 2017/2018‚ 20‚336 murders were recorded‚ an average of 57 people killed every day.

“It is also aimed at developing consensus on the role of government‚ civil society‚ private sector and communities in promoting safety outcomes‚ facilitating the establishment of institutional mechanisms for the implementation of the White Paper on Safety and Security as well as building networks and [encouraging] collaboration and co-production of community safety initiatives‚” the police said.

The White Paper on Safety and Security‚ adopted by Cabinet in April 2016‚ was aimed at addressing crime and violence proactively and promoting an integrated approach to safety.

“The White Paper proposes a ‘whole of government and whole of society’ approach for successful implementation‚ and will require the different spheres of government to work together to align and amend existing strategies and plans to address how they will contribute to safety‚” the department said.

“These respective plans will be coordinated and monitored through an integrated strategy‚ which provides a framework for the implementation of the White Paper.”