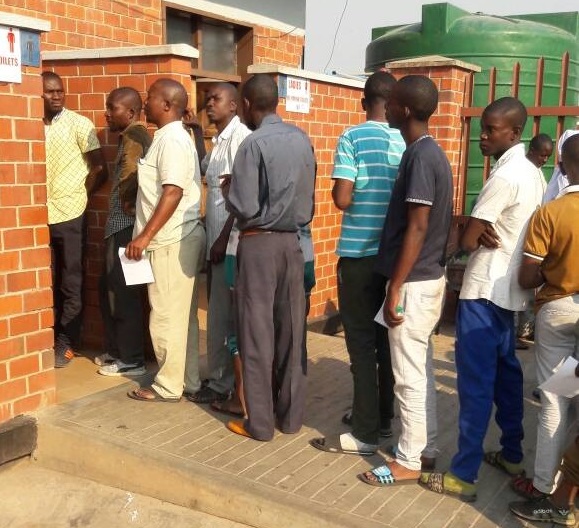 Vendors at the Chirundu border post linking Zimbabwe and Zambia have been selling human stools to travelers after the northerly neighbour resorted to making people take laxatives in a bid to deal with a cholera outbreak.

Laxatives accelerate intestinal transit‚ which helps speed up the movement of the digestive tract to spur a bowel movement. They are often used to treat constipation‚ a condition characterized by infrequent‚ difficult and sometimes painful bowel movements.

Travelers going into Zambia would queue outside a makeshift health check near a toilet‚ where officials would test their stools for cholera.

The situation was particularly hectic on Monday morning when members of an apostolic sect were asked to take the tablet that caused them to visit the toilet.No sample tested positive for the disease.

Little did Zambian officials know‚ however‚ that enterprising vendors were taking advantage of those who wanted to avoid the inconvenience of taking laxatives and had set up shop.

“I just can’t take laxatives when travelling; who does that? You won’t get a once off running tummy but you are almost confined to a toilet all day as your bowels tend to be very loose. In as much as it was unthinkable‚ I paid $5 to buy a teaspoonful of stool and it was tested and I passed through‚” said a cross-border trader‚ who wouldn’t be named.

I could sell about 40 portions of stool on a good day at $4 to even $10. People did not want to take laxatives so it was good for us.

However‚ Zambia has since stopped the tests and business is dead for stool dealers.

“Travelers are assured that they would not be unnecessarily subjected to taking any drugs or vaccine‚ neither will they be required to submit stool at the border entry point‚” the Zambian health ministry said in a statement.

A poo dealer referred to TimesLIVE by a buyer said business used to be brisk.

“I could sell about 40 portions of stool on a good day at $4 to even $10. People did not want to take laxatives so it was good for us. Now that things are back to normal‚ its back to airtime and sim card vending for me‚” he said.

Zambia’s health and child care provincial health promotion officer George Kambondo said government had since activated a hotline that could be used to report any health matters and complaints.

Zimbabwe’s health and child care minister Dr Obadiah Moyo said the cholera death toll in Zimbabwe now stood at 49‚ with the youngest victim being an eight-month-old. He added that 21% of the dead were children under the age of five.

The rise in deaths and increase in cholera cases is partly because of drug resistance. As such Government abandoned the first line of cholera treatment particularly doxycline‚ ciprofloxacin and tetracycline antibiotics.

“We now have to use the second line of drugs. Unfortunately they are in short supply‚” said the Moyo.

The minister added that if there is no timely boost the country would be plunged into a serious crisis as cholera cases kept increasing.

“We have a donor who donated azithromycin but still it’s in short supply. Our hope is that what we ordered arrives before we run out‚” he said.