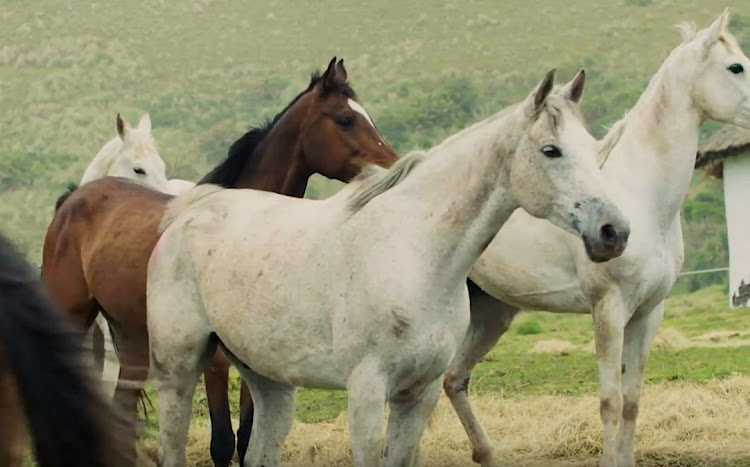 The National Council of SPCAs (NSPCA) said this week a 350km horse race through the Wild Coast region of the Eastern Cape “should not happen” over concerns that the animals were being exploited and that the vets employed to monitor the animals were not suitably qualified.

But the race’s organisers have hit back‚ not just denying the claims made in the NSPCA’s statement but also claiming that the statement’s contents were “very different” from comments made after the race.

In a statement on Monday‚ the NSPCA said that it had monitored the “Race the Wild Coast” endurance event‚ which took place from October 16. The race takes four to five days to complete.

“Four horses had to be disqualified due to injuries sustained during the race‚” said Arno de Klerk‚ the NSPCA’s special projects manager.

“The race organisers had employed six veterinarians‚ not all of whom had equine experience. There were concerns surrounding the conduct of some of the veterinarians which may have impacted on their ability to thoroughly examine the animals.

“The terrain was also inaccessible by vehicles and the only way to assess the conditions would be by helicopter. However‚ any lameness or welfare issues would be difficult to see from the air. This made instant intervention impossible and the only time that the horses could be properly assessed by anyone was at the various veterinary check stations.”

Four horses had to be disqualified due to injuries sustained during the race. There were concerns surrounding the conduct of some of the veterinarians which may have impacted on their ability to thoroughly examine the animals.

There were also concerns about some of the riders who took part‚ ranging from some being “unfamiliar with the tack provided”‚ some who “lacked compassion when handling the horses” and that some were “not competent to swim the horses”.

De Klerk said that late start and late finish times resulted in night racing on unfamiliar and dangerous terrain‚ “placing the horses and the riders at risk of injury”.

“The NSPCA Inspectors had to intervene on a number of occasions to ensure that the horses’ welfare was a priority and that these animals did not suffer in the name of sport and entertainment. A gruelling task in less than desirable conditions. But without this intervention‚ animals would have suffered‚” De Klerk said.

“We find the exploitation of animals for entertainment and financial gain completely unacceptable‚ particularly when the animals’ welfare is compromised and in conclusion find that this race is unnecessary‚ offering no value to the animals and simply should not happen.”

Speaking to TimesLIVE via email on Tuesday evening‚ event organisers Rockethorse Racing denied the claims that the vets employed were not suitably qualified.

The organisers also said that the horses used were specifically bred for endurance racing – and that a team from the Moolmanshoek Endurance Horses breeders accompanied the horses during the race to see to their wellbeing.

“Each rider rides three horses during the race. Each horse covers approximately a third of the total distance‚ which is straddled by a 12-hour rest period for each horse. The event runs over four to five days. In addition‚ there are 12 vet checks during the race‚ which at an average of 29km between checks‚ is far more stringent than endurance riding norms around the world‚” they said.

“The input we received from the NSPCA inspectors on the ground during the race was very different in tone to the statement issued after the race.”

They added that‚ as far as they were aware‚ the NSPCA inspectors were not equine vets.

Of the NSPCA statement‚ race organisers said: “This statement also seems to have been written by someone who was not present at the race and with a differing agenda to the inspectors on the ground.”

It claimed there were a “number of false or misleading statements” in the statement. The organisers disputed those claims and added that:

It also claimed that three horses were vetted out of the race‚ not four‚ as claimed by the NSPCA.

“If a horse is vetted out it means that the vet does not allow that horse to continue. Two horses were excluded from the race for mild lameness due to stiffness in the hindquarter and one due to metabolic issues. Lameness is common in horses and any horse-rider or riding stable will attest to this‚” the organisers said.

“All three horses were sound after treatment and vets as well as Wiesman Nel from Moolmanshoek were very happy with their recovery the following day.”

The organisers also insisted that the race did have value.

“Race the Wild Coast brings much-needed economic upliftment and tourism to the Eastern Cape and supports local residents and businesses along its route. It sets the benchmark for endurance riding in South Africa and is the only race of its kind in the country.

“Race the Wild Coast 2018 was followed avidly by a global social media community and reached over 1-million people worldwide. It shines the spotlight on an incredible part of our country.”