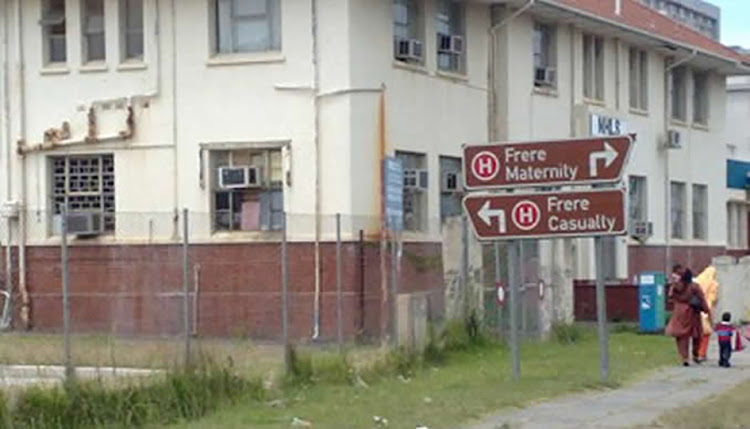 The Grahamstown High Court has ordered the Eastern Cape health department to pay out R275,000 in damages to a woman after the negligence of medical and nursing staff at Frere Hospital resulted in the death of her newborn son.

Zoleka Siwayi suffered major depressive and post-traumatic stress disorder after the death of her newborn son at Frere in March 2015.

Her ordeal started at Empilweni Clinic in East London on March 18 2015, when she arrived in the early stages of labour.

She was sent home, but two days later, she returned. The nurses diagnosed her as being in the latent phase of labour with a big baby and phoned Frere to prepare for a caesarean section.

She was seen by a doctor at Frere close to midnight.

Medication was administered to Siwayi to slow down or suppress the labour as the operating theatre was busy.

Just half an hour later, Siwayi was fully dilated, and contrary to instructions, the nurses told her to try and push the baby out.

A doctor came some two hours later and, with two student nurses, tried to move the baby into a position to deliver it naturally. But, a heart rate monitor indicated the baby was becoming fatigued and they left her alone.

An hour later, they returned to begin pre-operative procedures for the caesarean section.

The infant was distressed, shocked, and unduly “floppy” and had a large cephalhaematoma (pooling of blood) on the right side of his skull. It turned out the skull had fractured during labour and he was losing blood due to internal bleeding. He died two days later.

Judge Thembekile Malusi said medical experts agreed the decision by staff at Frere Hospital to continue attempting a vaginal delivery after an instruction from the doctor to deliver by caesarean section was negligent and substandard treatment.

“In their opinion, these attempts likely caused the fracture of the infant’s skull. The two experts further agreed that a delay of three hours from the time Siwayi was fully dilated to the time of delivery was substandard and negligent.”

Siwayi became socially withdrawn, irritable and suffered problems with concentration and memory after the traumatic loss of her baby.