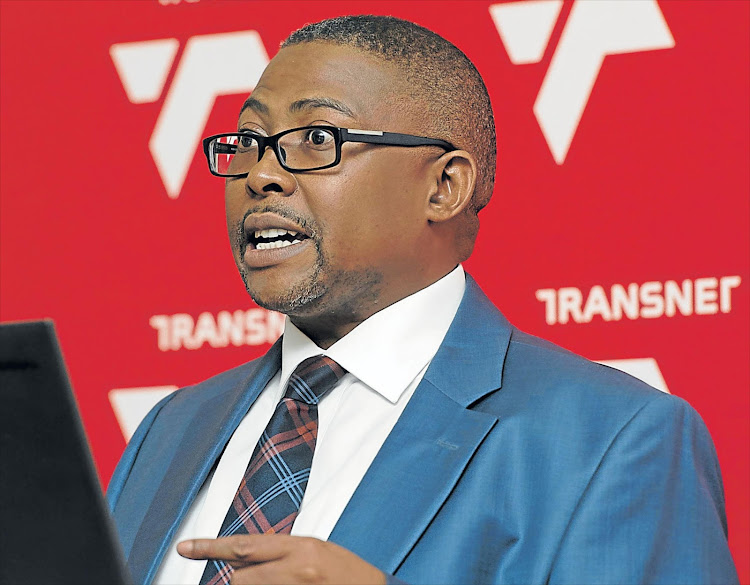 A forensic report commissioned by the Treasury into the procurement of locomotives at Transnet has recommended that criminal charges be laid against a number of people including former CEOs Siyabonga Gama and Brian Molefe.

It was recommended that the report‚ by Fundudzi Forensic Services‚ be handed over to the Hawks to institute a criminal investigation against Transnet members‚ many of them Gupta-linked associates‚ for "possible dereliction of their duties" in terms of the Companies Act and the Public Finance Management Act‚ for failing to act in the best interest of Transnet.

The report‚ which was released on Friday‚ points to several anomalies in procurement processes followed when General Electric‚ Bombardier‚ China North Rail and China South Rail (CSR) were awarded contracts for the acquisition of locomotives worth R54bn.Gama was recently axed from Transnet after other investigations found that he‚ Molefe and Gupta associates may have acted unlawfully in relation to the purchase of 1‚064 locomotives.

He has approached the labour court in Johannesburg to have the termination of his employment contract set aside.

Jiyane and Mdletshe are currently on suspension at Transnet.

The Treasury report recommended that disciplinary action be taken against those officials still employed at the state-owned enterprise (SOE).

The report has also recommended to the cabinet that it consider restricting the officials implicated‚ and who resigned before being disciplined‚ from being employed at any SOE for five years. Cabinet should also consider restricting officials who resigned or were dismissed for supply chain management misconduct from doing business with any organ of state for five years.

It has also recommended that the shareholder minister‚ now public enterprise minister Pravin Gordhan‚ ensure all recommendations are implemented.